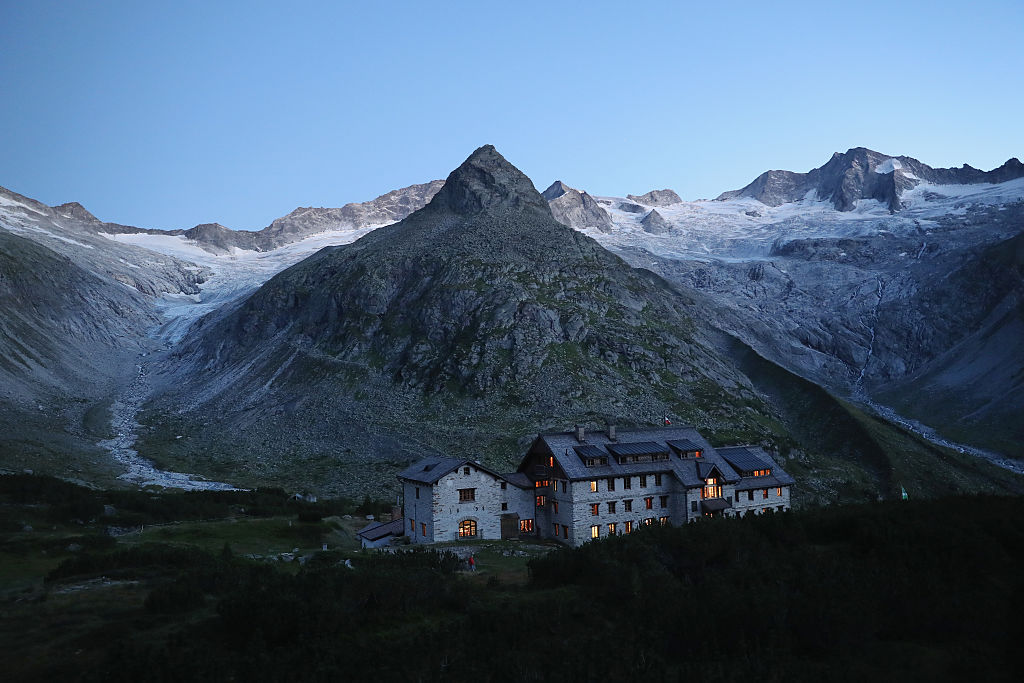 GINZLING, AUSTRIA – AUGUST 25: The Berliner Huette, an alpine refuge for hikers and climbers, stands near what remains of the Hornkees (L) and Waxeggkees glaciers on August 25, 2016 near Ginzling, Austria. The Hornkees, which once ran down the basin at left and ended only shortly before the Berliner Huette, has the unfortunate distinction of having shrunk in length in 2015 by 136 meters, which is the most of all the 92 glaciers in the eastern Alps under scientific observation. While glaciers across Europe have been receding since approximately the 1870s, the process has accelerated since the early 1980s, a phenomenon many scientists attribute to global warming. The European Enivironmental Agency predicts the volume of European glaciers will decline by between 22% and 89% by 2100, depending on the future intensity of greenhouse gases. (Photo by Sean Gallup/Getty Images) 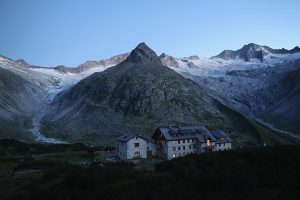