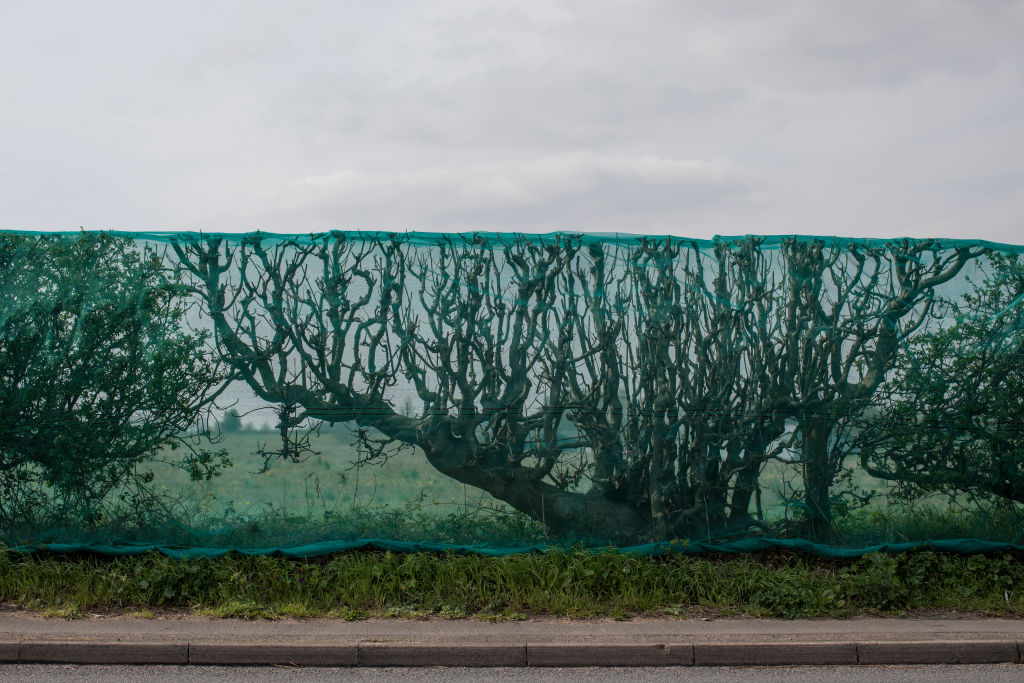 LICHFIELD, ENGLAND – APRIL 09: Anti Bird’ netting covers a hedgerow on April 9, 2019 in Lichfield, England. A public backlash against property developers has swept across the country, after a number trees and hedgerows have been covered in ‘anti bird netting’ in a bid to avoid rules on felling trees with nesting birds in them. The netting coincides with spring migration and birds nesting season. While the bird netting is not illegal, developers, under pressure to build more homes and quickly, have a responsibility to ensure that the covers are installed in line with regulation and prevents birds and mammals getting inside and becoming trapped. Around 120,000 miles of hedgerow has been lost in the UK since the 1950s. (Photo by Dan Kitwood/Getty Images) 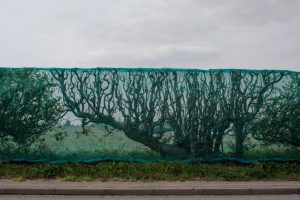