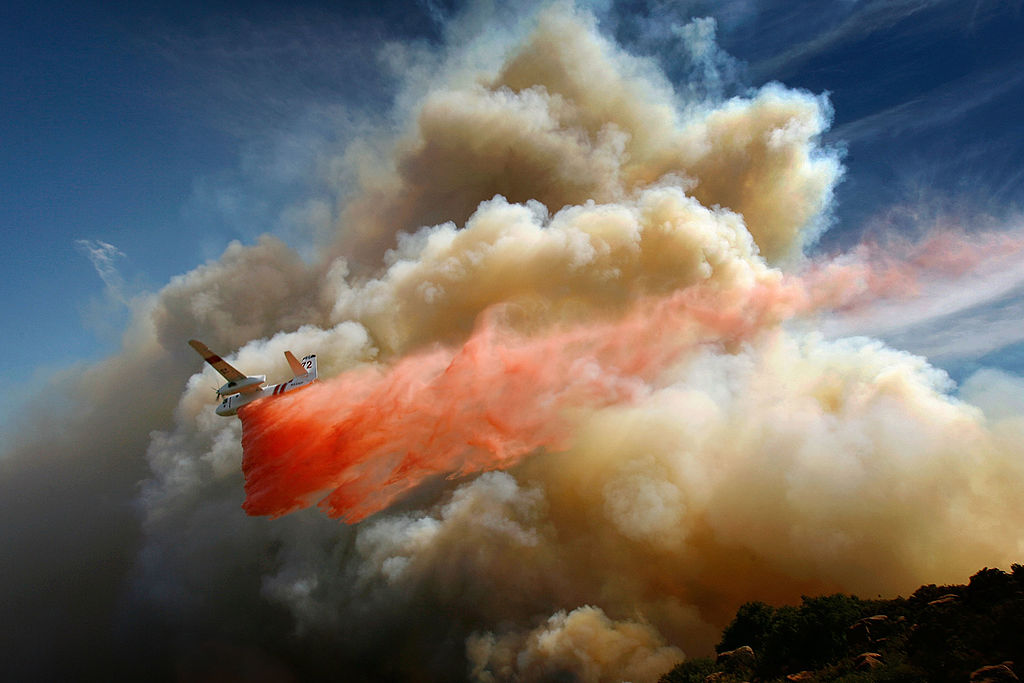 GOLETA, CA – JULY 03: A firefighting airtanker drops Phos-Check fire retardant over the Gap fire as more than 1,000 wildfires continue burning across about 680 square miles of central and northern California, on July 3, 2008 near Goleta, California. The 2,000-acre wildfire threatens about 200 homes as it spreads through the chaparral-covered Santa Ynez Mountains in the Los Padres National Forest. Last week, President Bush declared a state of emergency for the entire state of California in response to the hundreds of fires burning since dry lightning storms crossed the state on June 20. Making matters worse for the more than 19,000 firefighters from 42 states battling the California wildfires, drought is wicking moisture from the vegetation which leads fire experts to fear a possible repeat of the firestorms of 2003 and 2007 that destroyed thousands of homes in southern California. (Photo by David McNew/Getty Images) 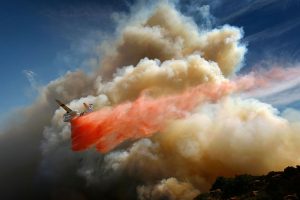