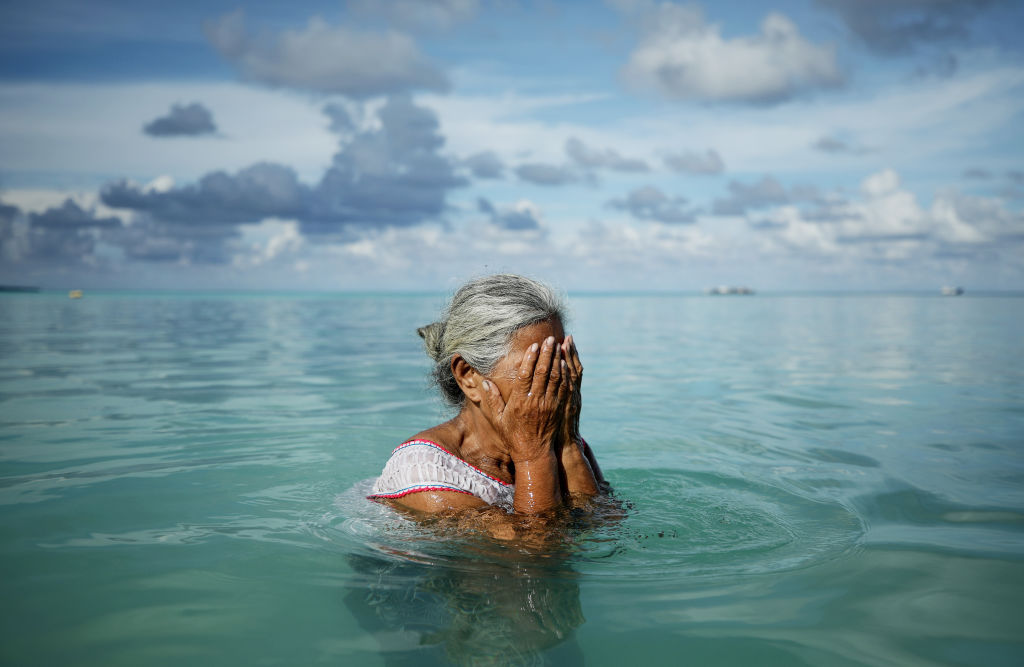 FUNAFUTI, TUVALU – NOVEMBER 28: Suega Apelu stands in the lagoon on November 28, 2019 in Funafuti, Tuvalu. The?low-lying?South Pacific island nation?of about 11,000 people has been classified as ?extremely vulnerable? to climate change by the?United Nations Development Programme.?The world?s fourth-smallest country is struggling to cope with climate change related impacts including five millimeter per year sea level rise (above the global average), tidal and wave driven flooding, storm surges, rising temperatures, saltwater intrusion and coastal erosion on its nine coral atolls and islands, the highest of which rises about 15 feet above sea level. In addition, the severity of cyclones and droughts in the Pacific Island region are forecast to increase due to global warming. Some scientists have predicted that Tuvalu could become inundated and uninhabitable in 50 to 100 years or less if sea level rise continues.?The country is working toward a goal of 100 percent renewable power generation by 2025 in an effort to curb pollution and set an example for larger nations. Tuvalu is also exploring a plan to build an artificial island. (Photo by Mario Tama/Getty Images)