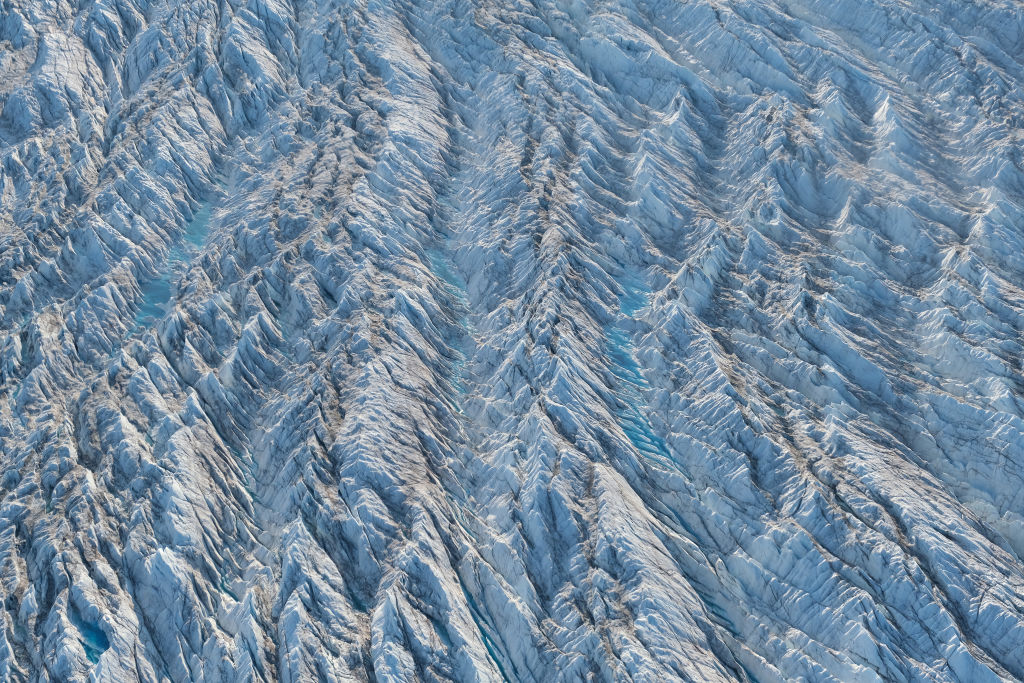 ILULISSAT, GREENLAND – AUGUST 04: In this view from an airplane ice forms a ridged landscape on the Sermeq Kujalleq glacier, also called the Jakobshavn glacier, on August 04, 2019 near Ilulissat, Greenland. The Sahara heat wave that recently sent temperatures to record levels in parts of Europe has also reached Greenland. Climate change is having a profound effect in Greenland, where over the last several decades summers have become longer and the rate that glaciers and the Greenland ice cap are retreating has accelerated. (Photo by Sean Gallup/Getty Images) 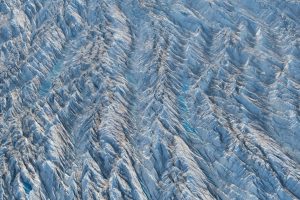