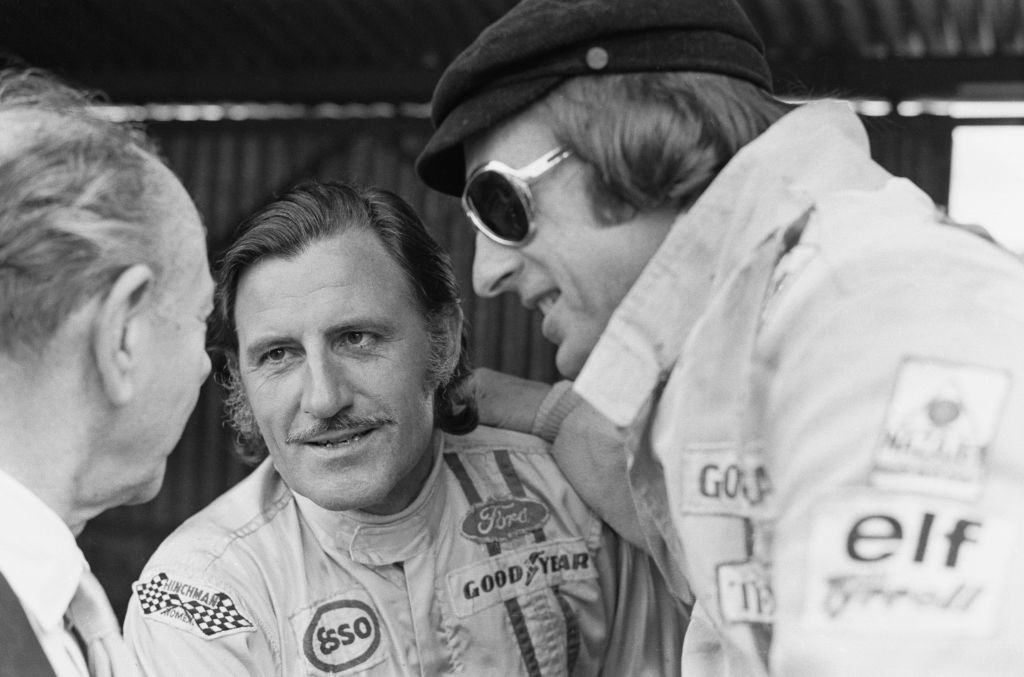 British Formula One racing driver Graham Hill (1929-1975) and British Formula One racing driver Jackie Stewart, wearing a cap and sunglasses, in conversation at the 1972 French Grand Prix at Circuit de Charade in Saint-Genes-Champanelle, France, 2nd July 1972. The third person, to the left of the image, is unidentified. (Photo by Daily Express/Hulton Archive/Getty Images) 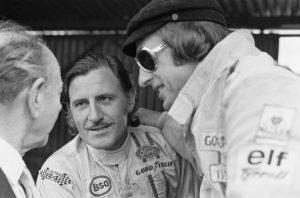