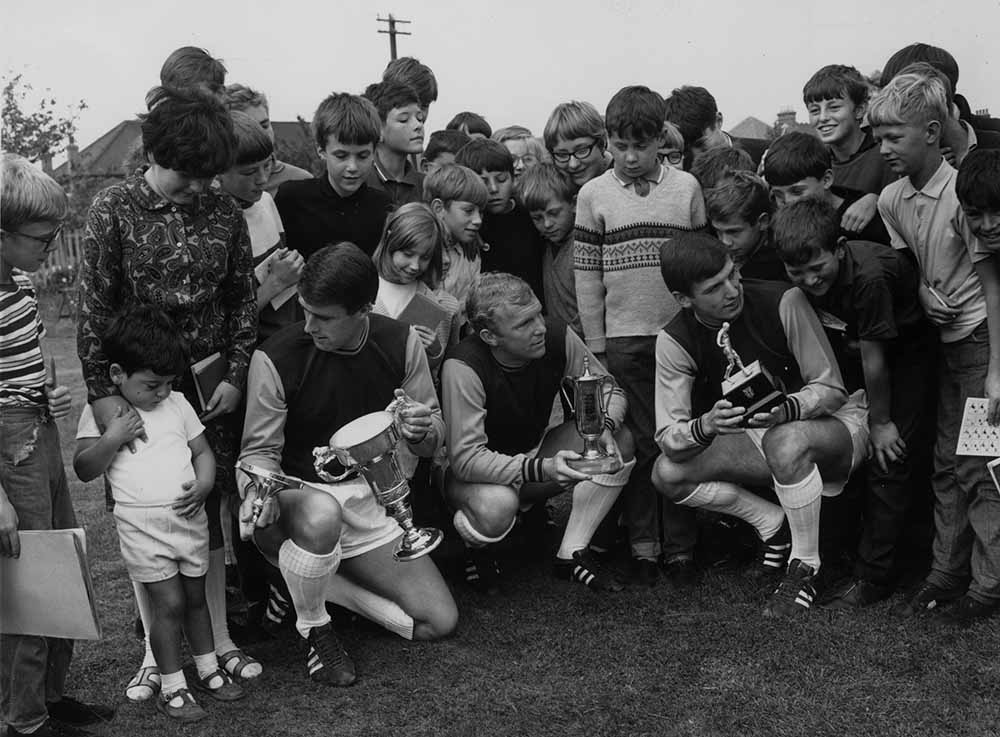 16th August 1966: A crowd gathered around the three West Ham players, (left to right) Geoff Hurst, Bobby Moore and Martin Peters, who played in the England team which won the World Cup. Geoff Hurst is holding his News of The World player of the World Cup final trophy. (Photo by William Vanderson/Fox Photos/Getty Images) 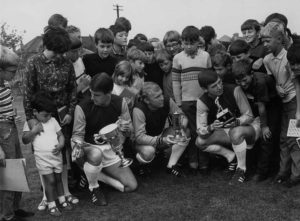