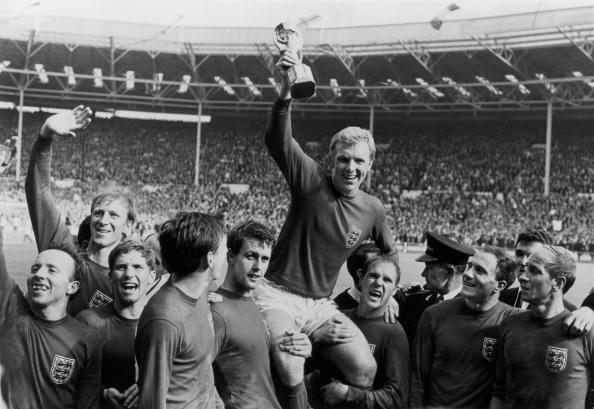 England captain Bobby Moore (1941 – 1993) holds up the Jules Rimet trophy as he is carried on the shoulders of his team-mates after their 4-2 victory over West Germany in the World Cup Final at Wembley Stadium. Also pictured are (left-right) Nobby Stiles, Jack Charlton, Alan Ball, Martin Peters, Geoff Hurst, Ray Wilson, George Cohen and Bobby Charlton. (Photo by Central Press/Getty Images) 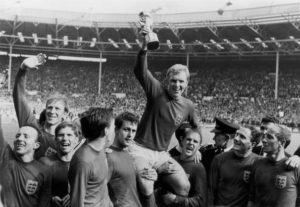