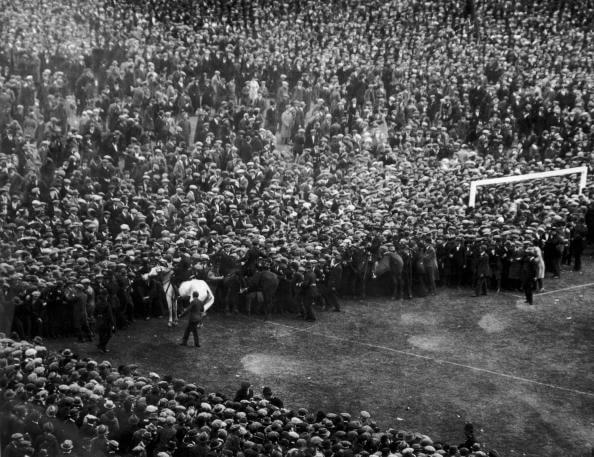 Mounted policemen control the crowds overflowing onto the pitch before the FA Cup Final between West Ham United and Bolton Wanderers at Wembley Stadium. It was the first final to be held at Wembley, with an estimated attendance of 200,000. The game became known as the ‘White Horse Final’ for the actions of PC George Scorey and his white horse Billy. Bolton Wanderers won the cup with a 2-0 victory. (Photo by Central Press/Getty Images) 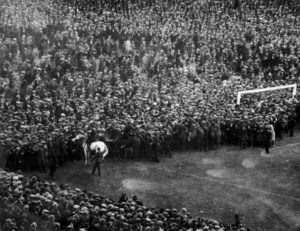