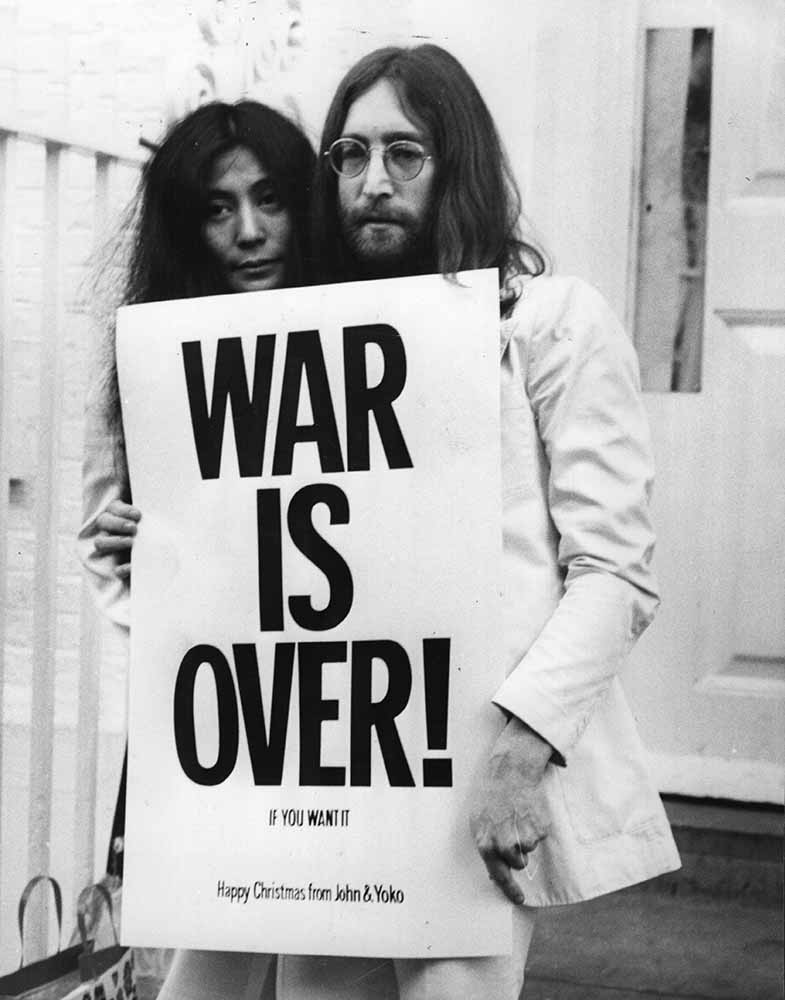 John Lennon (1940 – 1980) and Yoko Ono pose on the steps of the Apple building in London, holding one of the posters that they distributed to the world’s major cities as part of a peace campaign protesting against the Vietnam War. ‘War Is Over, If You Want It’. (Photo by Frank Barrett/Keystone/Hulton Archive/Getty Images) 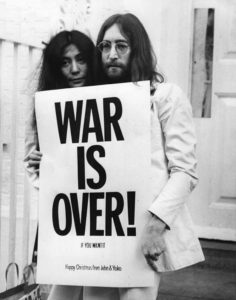