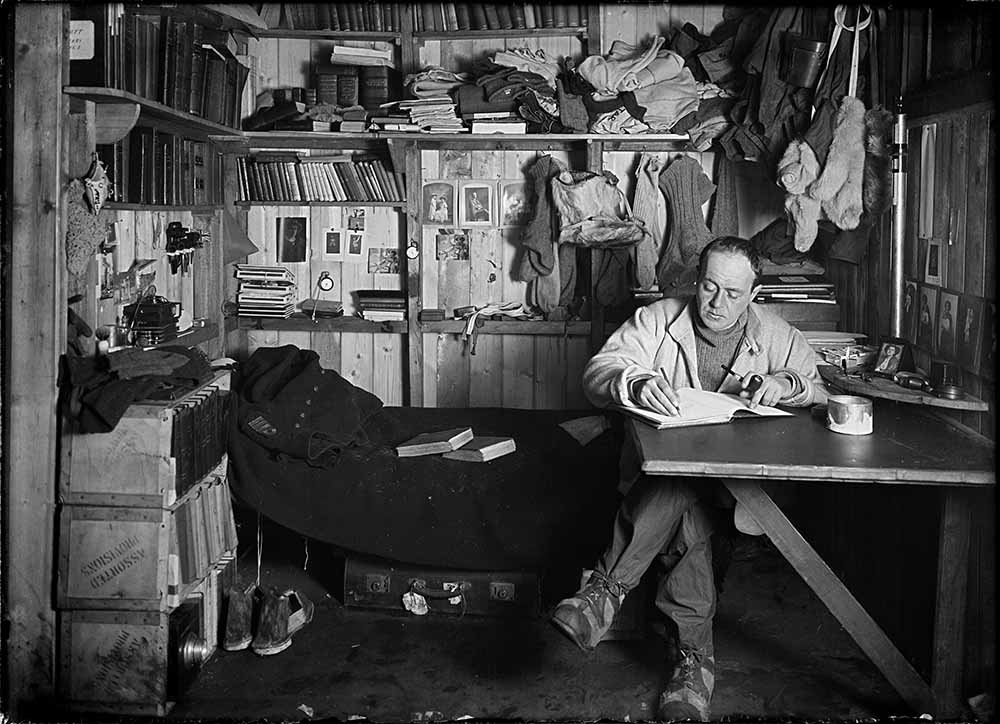 Captain Robert Falcon Scott (1868 – 1912) writes his journal in the Winterquarters Hut, in the Ross Dependency of Antarctica, during his Terra Nova Expedition to the Antarctic, 7th October 1911. Behind him are pictures of his wife and son. (Photo by Herbert Ponting/Scott Polar Research Institute, University of Cambridge/Getty Images) 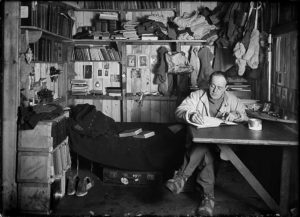