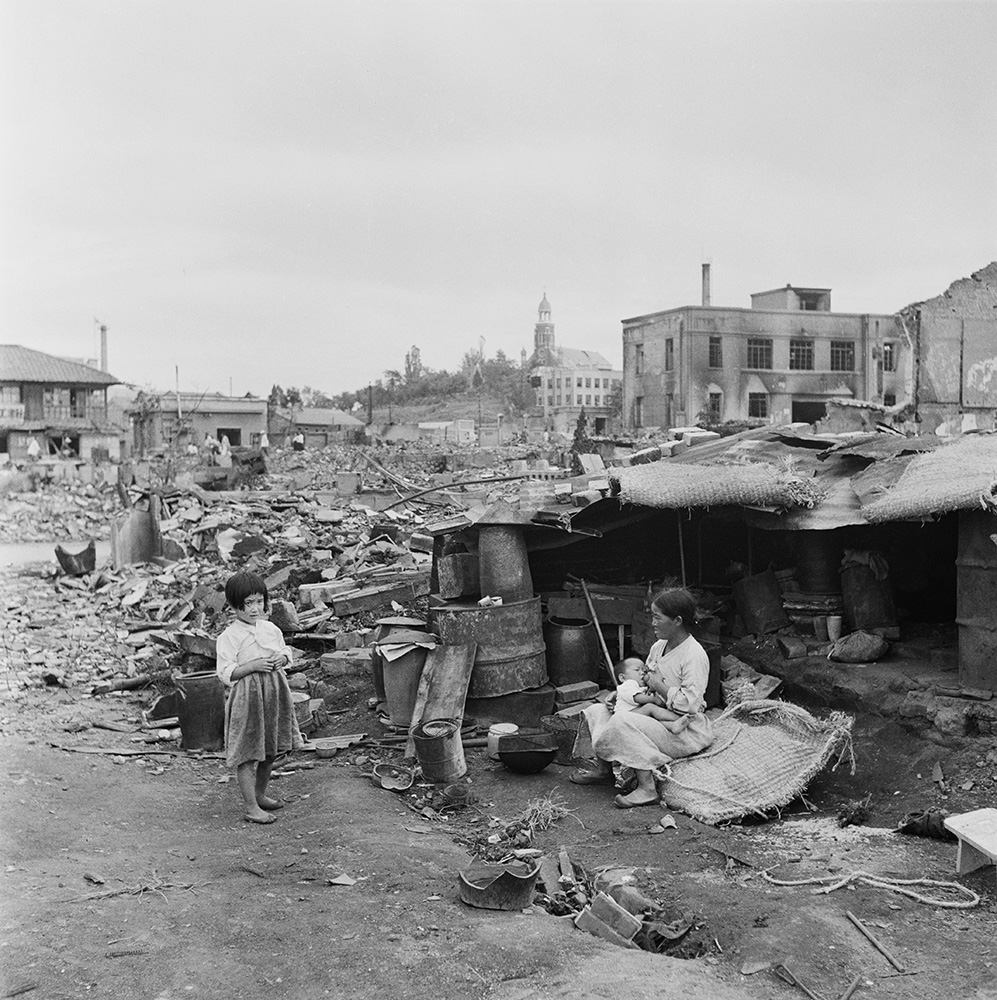 A woman and two children in their makeshift shelter in the ruins of Incheon, South Korea, September-October 1950. The city has been badly damaged after the amphibious invasion by United Nations forces, and the Battle of Incheon, during the Korean War. Original publication: Picture Post – 5086 – Korean War Series – pub. 1950 (Photo by Bert Hardy/Picture Post/Hulton Archive/Getty Images) 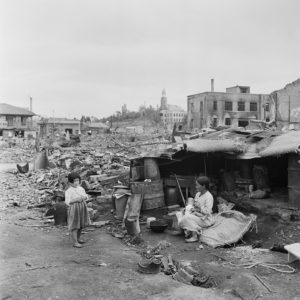