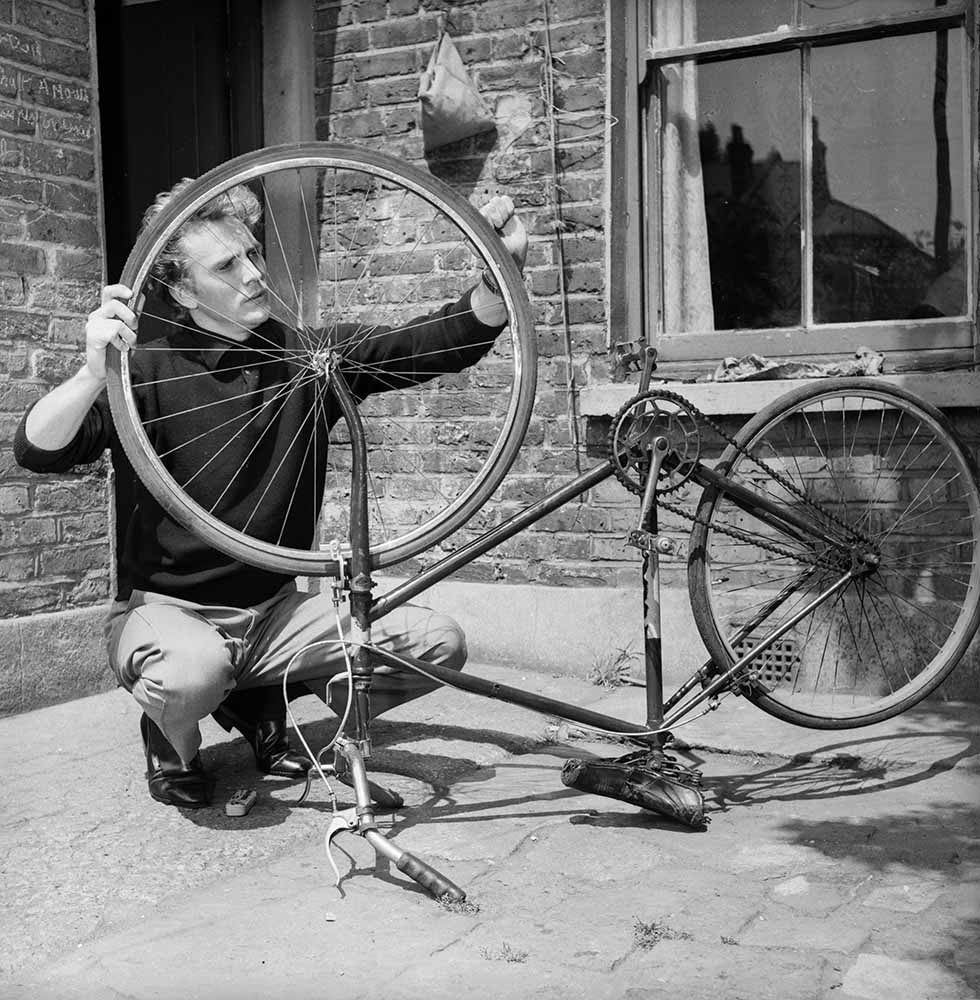 28th May 1961: Terence Stamp in the back yard of his home in Plaistow, East London with a bicycle he helped his brother, Richard, to mend. Then an unknown actor, Stamp was about to leave for Spain to film ‘Billy Budd’, directed by Peter Ustinov. (Photo by John Pratt/Keystone Features/Getty Images) 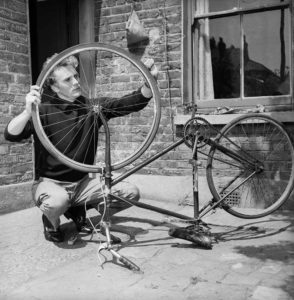