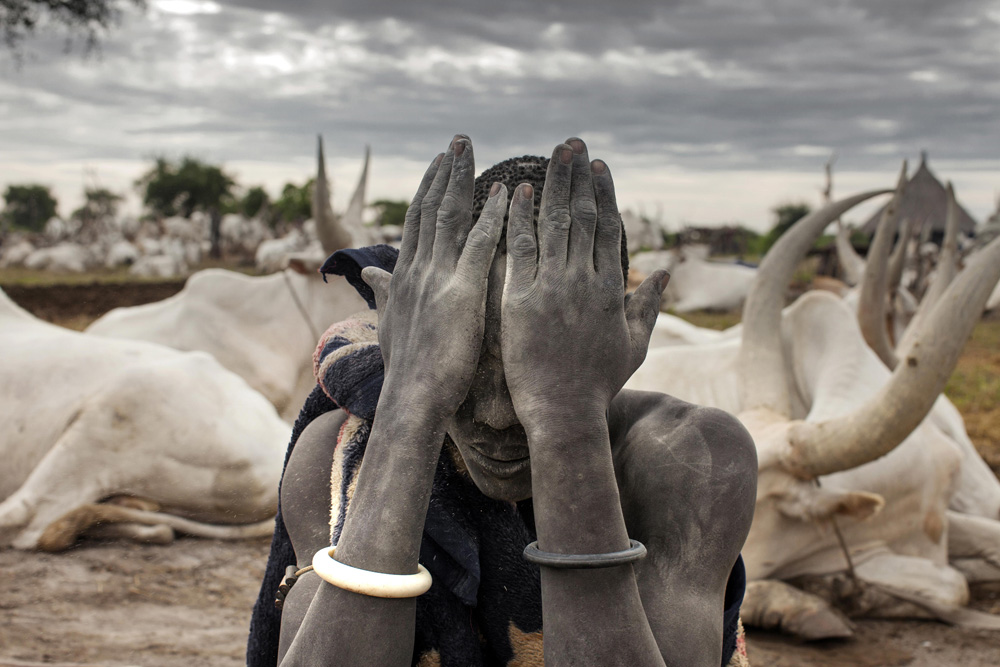 CENTRAL EQUATORIA STATE, SOUTH SUDAN – NOVEMBER 14: A Cattleman from the Mundari tribe rubs hash on his face to protect himself from insects in a cattle camp on the road thirty-eight kilometers North of Juba on November 14, 2012 in Central Equatoria State in South Sudan..The modern states of South Sudan and Sudan were part of Egypt under the Muhammad Ali Dynasty, later being governed as an Anglo-Egyptian condominium until Sudanese independence was achieved in 1956. Following the First Sudanese Civil War, the Southern Sudan Autonomous Region was formed in 1972 and lasted until 1983. A second Sudanese civil war soon developed and ended with the Comprehensive Peace Agreement of 2005. Later that year, southern autonomy was restored when an Autonomous Government of Southern Sudan was formed. South Sudan became an independent state on 9 July 2011, following a referendum that passed with 98.83% of the vote. It is a United Nations member state, a member state of the African Union, and a member state of the Intergovernmental Authority on Development. In July 2012, South Sudan signed the Geneva Conventions. (Photo by Marco Di Lauro/Getty Images Reportage) 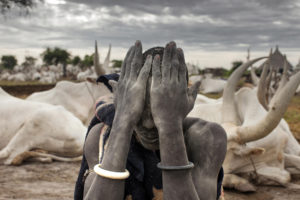