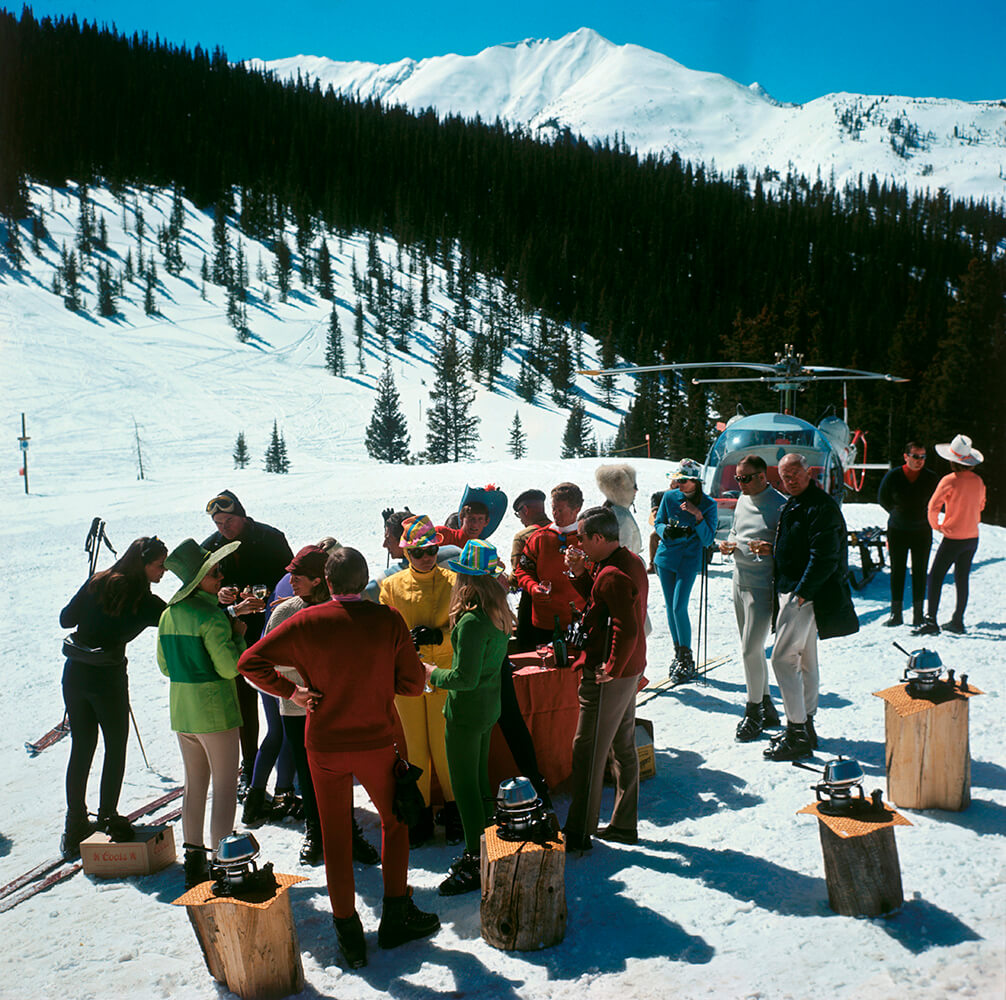 1967: A stand-up fondue picnic for skiers at Snowmass-at-Aspen, Colorado which has more than fifty miles of trails and snowfields. The village was opened in 1967. The ski picnic was organized by Holiday magazine, with the helicopter being used to bring up hot food. The guest list included Howard Head (1914 – 1991) of the Head Ski Company, president of IBM Thomas Watson Jr. (1914 – 1993) and his wife Olive (nee Cawley, 1918 – 2004), Norwegian Olympic skier, Stein Eriksen, and American restaurateur Armando Orsini (1923 – 2011). 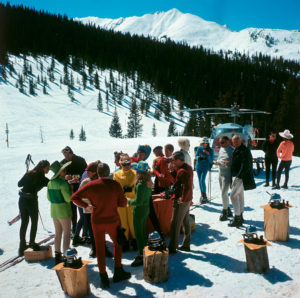