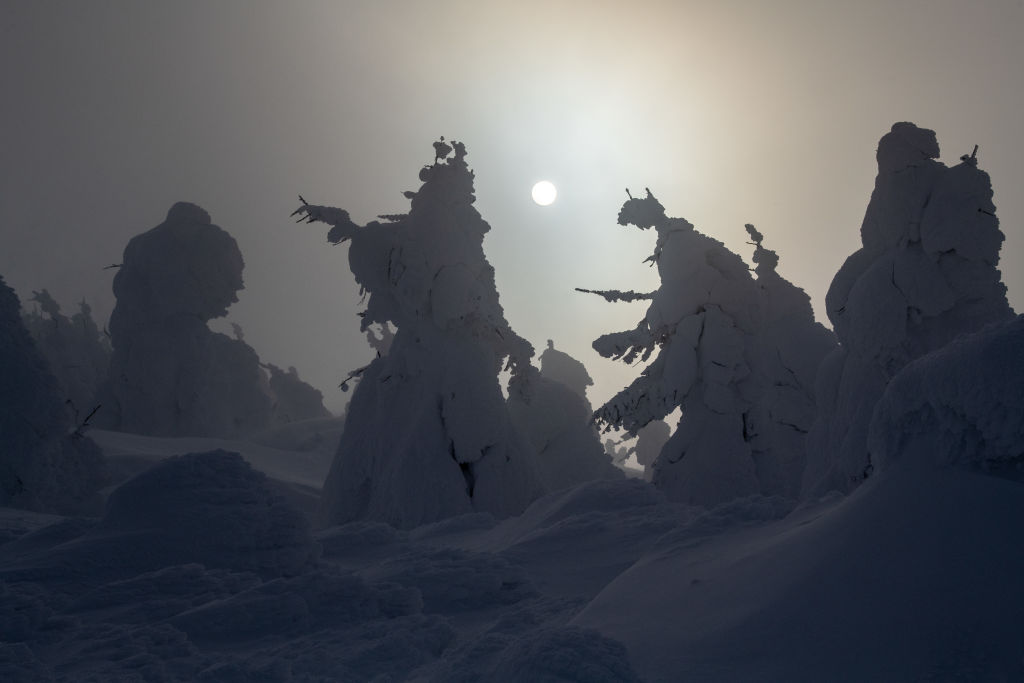 YAMAGATA, JAPAN – JANUARY 19: Strangely shaped, snow covered trees, nicknamed “snow monsters” are silhouetted by the sun at the summit of Mount Zao on January 19, 2019 near Yamagata, Japan. Mount Zao, a 1,841 high volcano straddling Yamagata and Miyagi Prefectures, is one of the few places in Japan where the phenomenon of “snow monsters” can be seen. Strong winds over the nearby lake fling water droplets which freeze against the trees and their branches until near-horizontal icicles begin to form. Falling snow settles on the ice formations and the end result is a strange figure of a tree. (Photo by Carl Court/Getty Images) 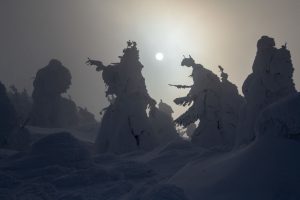