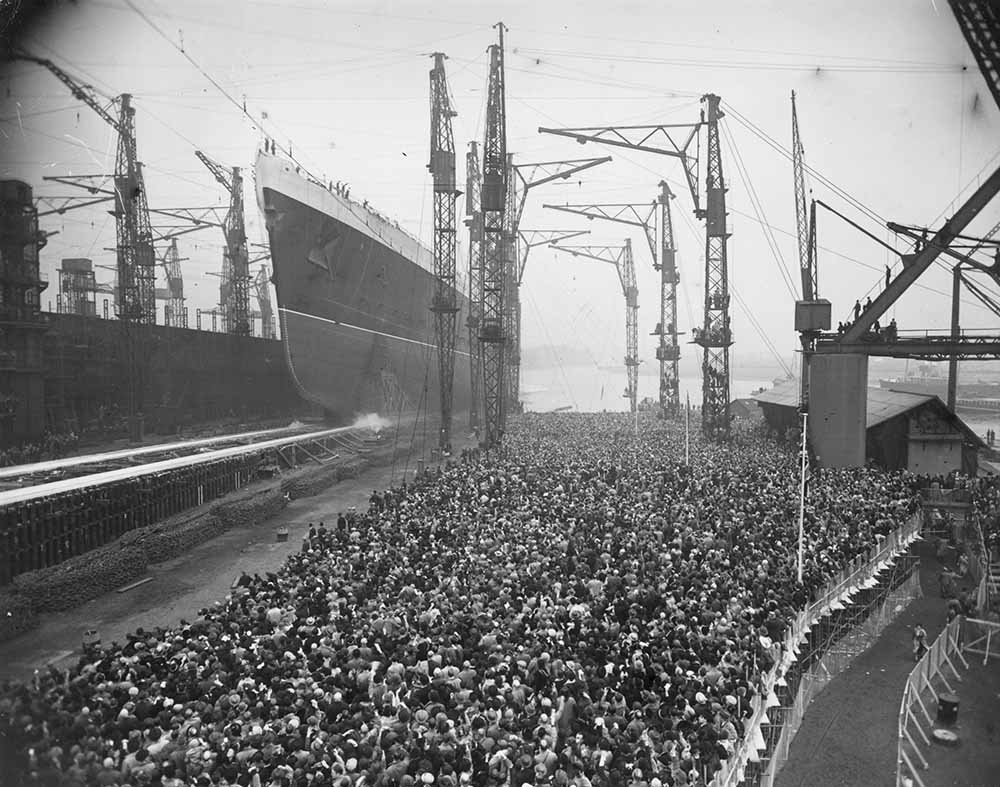 27th September 1938: The launch of the Cunard liner the’ Queen Elizabeth’ on Clydeside in Scotland. Workmen used 10,000,000 rivets during the construction of the ‘Queen Elizabeth’ and she was the largest liner ever built, weighing 83,673 tons and measuring 1,031 feet long. The liner was launched in 1938 and began war service as a transport ship, carrying 15,000 troops at a time for six years before being repainted in Cunard livery in 1946. She sailed to New York regularly until transatlantic cruises became less popular and she was retired in 1968. Plans to convert the ship to a floating university were scrapped when she caught fire in a Hong Kong harbour during refitting. (Photo by Vic Stacey/Fox Photos/Getty Images) 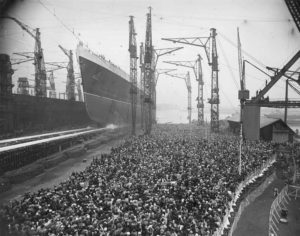