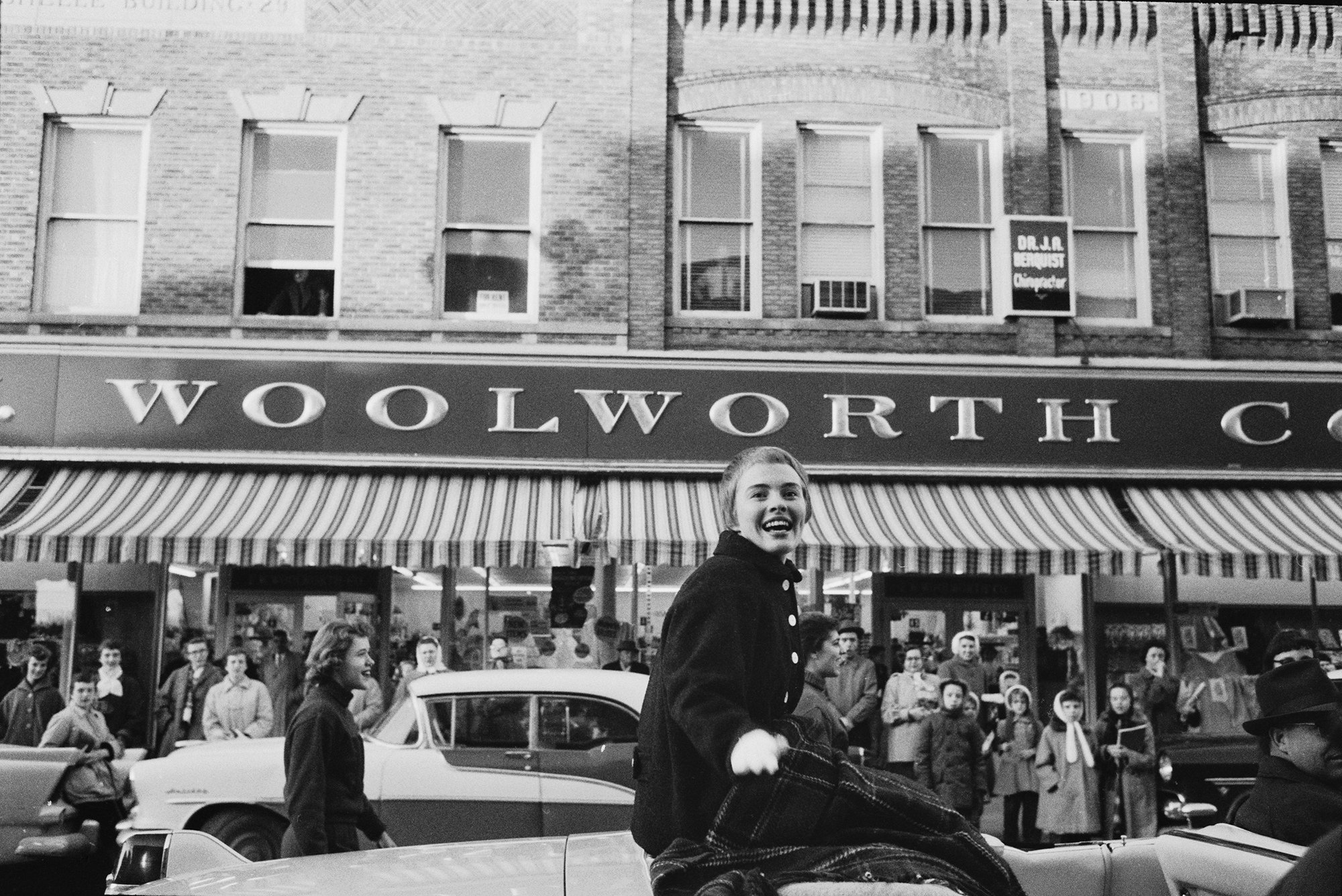 American actress Jean Seberg (1938 – 1979) taking part in a parade celebrating her return to her home town of Marshalltown, Iowa, 26th March 1957. Seberg has just returned to the USA after shooting her debut film, ‘Saint Joan’, in the UK. She was chosen from eighteen thousand applicants in a nationwide talent search by director Otto Preminger. (Photo by Ed Feingersh/Michael Ochs Archives/Getty Images)”n”n 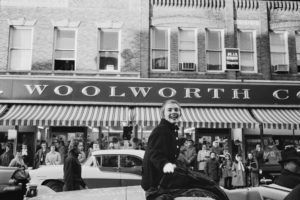