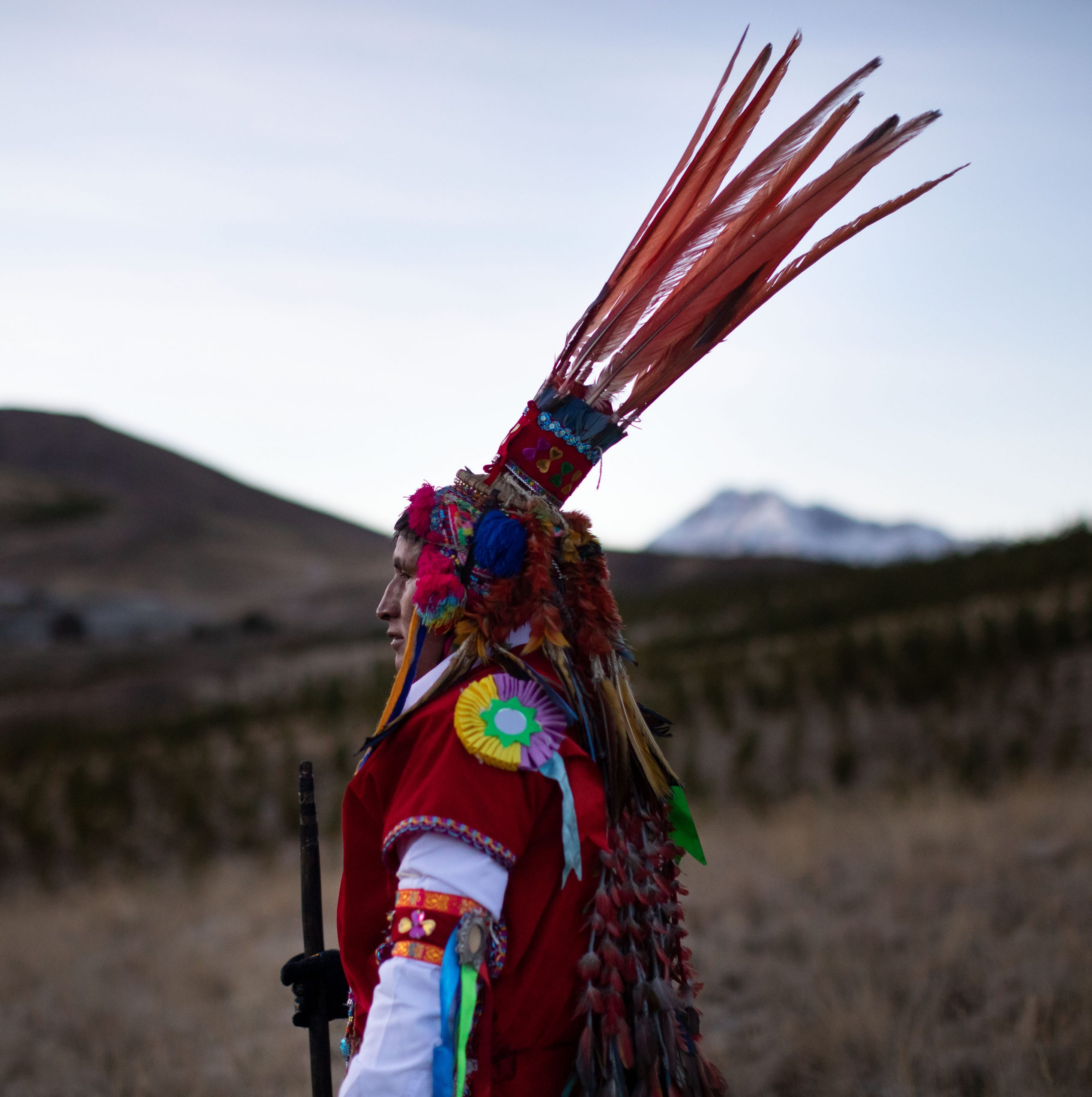 MAHUAYANI, PERU – MAY 30: A Pablito waits for sunrise on the final day of the annual Qoyllur Rit’i festival on May 30, 2018 in Mahuayani, Peru. Every year, since 1783 in the Sinakara Valley at the foot of Mt Ausagante, the Qoyllur Rit’i, or ‘Snow and Star’ festival draws tens of thousands of pilgrims from across the Peruvian Andes and beyond to what is the the biggest religious gathering of its kind. Since 1780 the event merged into a mosaic of indigenous, pagan and Catholic worship when an image of Jesus appeared on a boulder after the death of a young shepherd. The Qoyllur Rit’i is however under threat, and it’s meaning, like the ice that caps on mountain tops above the valley are changing. A warmer climate is melting much of the ‘sacred’ Qolqepunku’s glaciers. Previously the rituals that were undertaken on the ice, in areas allocated to the many different delegations often take place only on the rocky slopes left behind as the ice sheets retreat up the mountain. Ice blocks that are believed to hold special healing properties would be carved and carried back down the slope and to their communities, a ritual that these days is prevented by the ‘Pablitos’, or guardians of the Qoyllur Rit’i. The ‘festival’, is more though than three days of music and dance, but a celebration of the planet and people’s connection with the land. In these harsh environments the elements that indigenous communities worship at events like the Qoyllur Rit’i and allow them to survive, are disappearing. The United Nations suggested that rising temperatures are the main cause of receding glaciers across the world. In a study by the Peruvian government, it found that it’s country’s glaciers had shrunk by more than 20 per cent over a 30 year period. It has been predicted by The National Commission on Climate Change that Peru could lose all its glaciers below 18,000 feet and that within 40 years, they may all be gone. (Photo by Dan Kitwood/Getty Images) 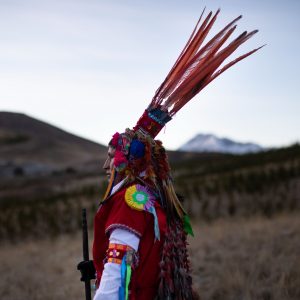