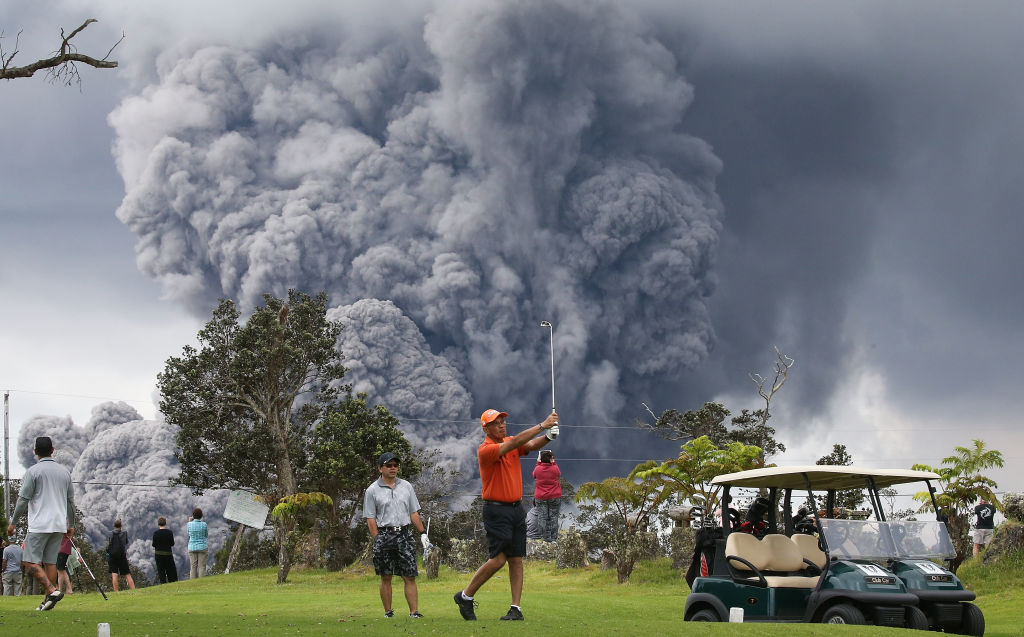 HAWAII VOLCANOES NATIONAL PARK, HI – MAY 15: People play golf as an ash plume rises in the distance from the Kilauea volcano on Hawaii’s Big Island on May 15, 2018 in Hawaii Volcanoes National Park, Hawaii. The U.S. Geological Survey said a recent lowering of the lava lake at the volcano’s Halemaumau crater ‘has raised the potential for explosive eruptions’ at the volcano. (Photo by Mario Tama/Getty Images) 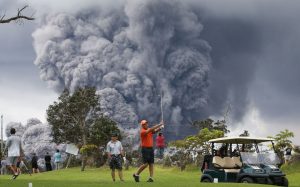