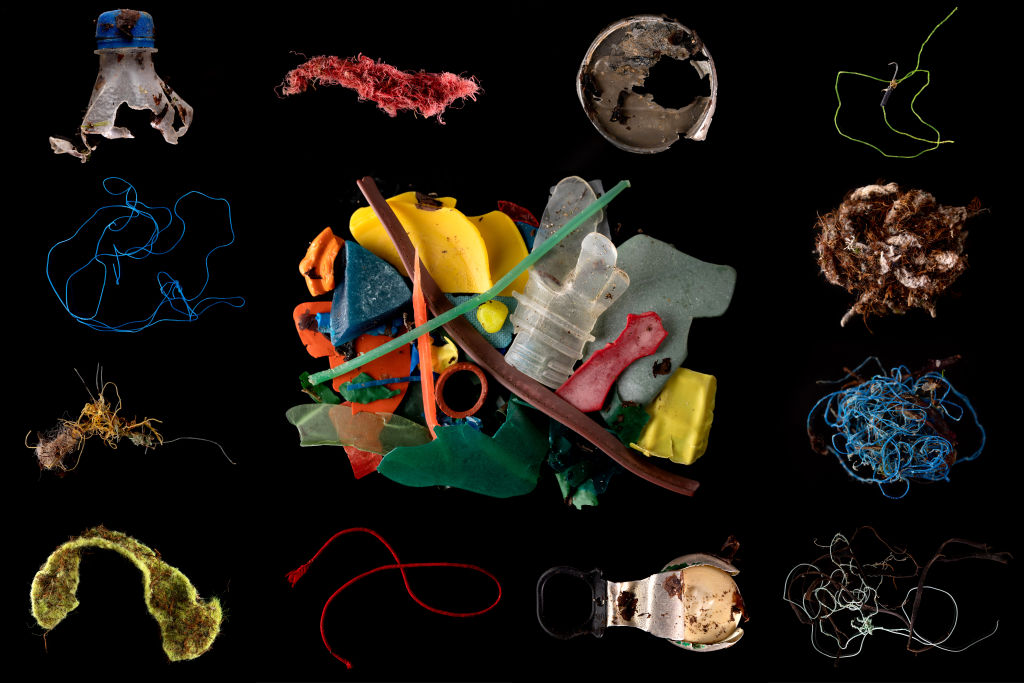 UNSPECIFIED: In this illustration taken on May 30, 2019 a selection of plastics is displayed that were found, on May 26, 2019, within a few metres on Mothecombe Beach at the mouth of the Erme Estuary in South Devon. At a glance Mothecombe, appears a spotless white sandy beach, but looking closely reveals a plethora of degraded micro plastic detritus woven into and buried beneath the seaweed, an important feeding ground for wading birds. Indistinguishable pieces of plastic, tin cans, fishing wires, hooks, and fragments of clothing materials were all found. According to the United Nations Environment Programme (UNEP), at current rates of pollution, there will likely be more plastic in the sea than fish by 2050. In December 2017 Britain joined the other 193 UN countries and signed up to a resolution to help eliminate marine litter and microplastics in the sea. It is estimated that about eight million metric tons of plastic find their way into the world’s oceans every year, and that between 1.15 million to 2.41 million tonnes of plastic are entering the ocean each year from rivers. Once in the Ocean plastic can take hundreds of years to degrade, all the while breaking down into smaller and smaller ‘microplastics,’ which can be consumed by marine animals, and find their way into the human food chain. (Photo by Dan Kitwood/Getty Images) 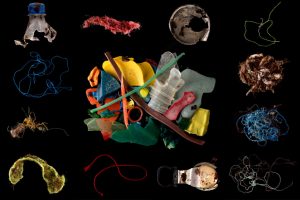