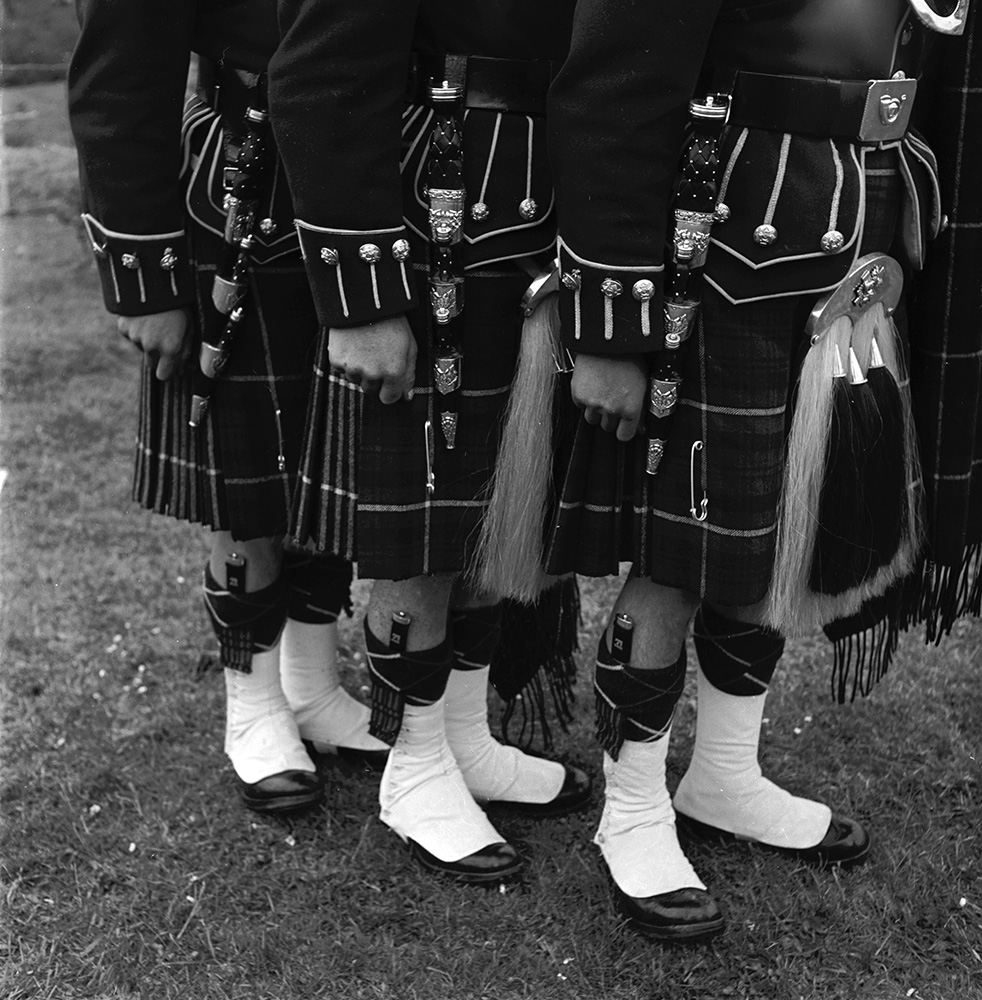 1955: Three Scottish pipers standing in line wearing kilts and traditional pipers’ shoes and socks with a knife (skean-dhu) tucked into their socks. The kilt began as a practical, toga-like garment and developed into a ‘plaid’ consisting of a skirt and drape over the shoulder. By the 17th century, kilts were accepted as Scottish national dress and the plaid became a separate item. Traditional kilts are made from seven and a half yards of pleated material, with half a yard unpleated at the ends which are crossed over and fastened with a pin or buckle. (Photo by Taconis/BIPs/Getty Images) 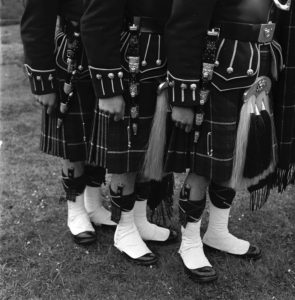