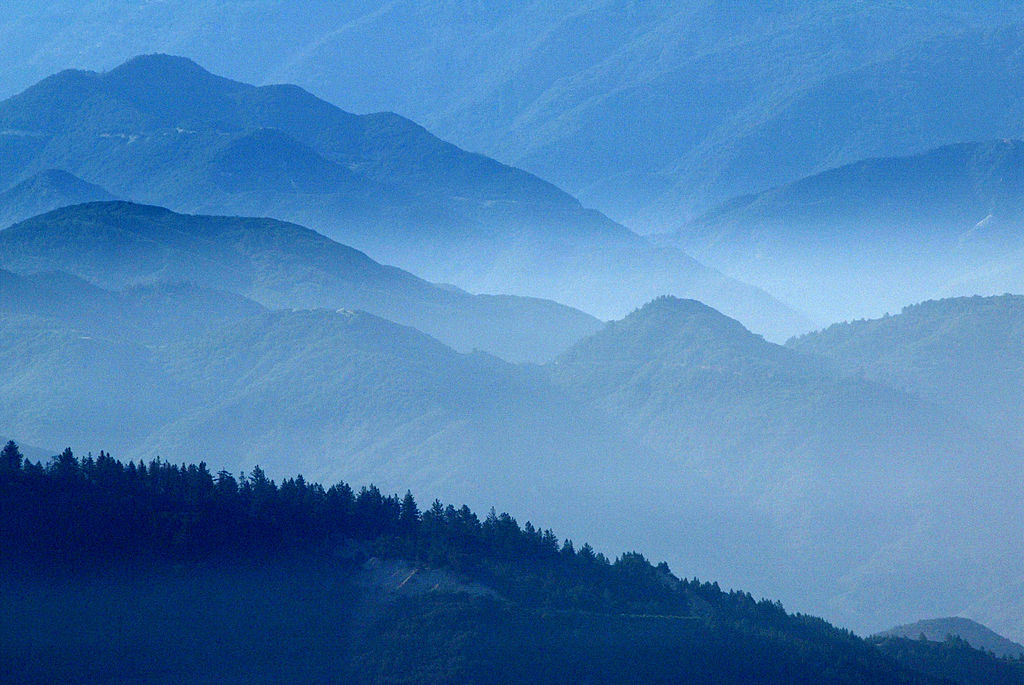 LAKE ARROWHEAD, CA – JULY 24: Pine forests can be seen among hazy ridges as increasing humidity and heat set the stage for lightning storms which could ignite flammable beetle-infested forests July 24, 2003 near Lake Arrowhead, California. Southern California’s native pines are being wiped-out by exploding populations of several species of bark beetles, a result of four years of the worst recorded drought since records began in 1849. Infected forests are expected to lose at least 75 to 95 percent of their trees creating unprecedented wildfire danger in the “ghost forests” of dead trees. (Photo by David McNew/Getty Images) 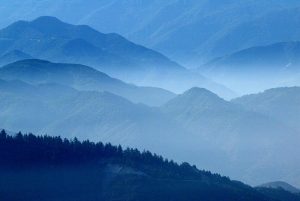