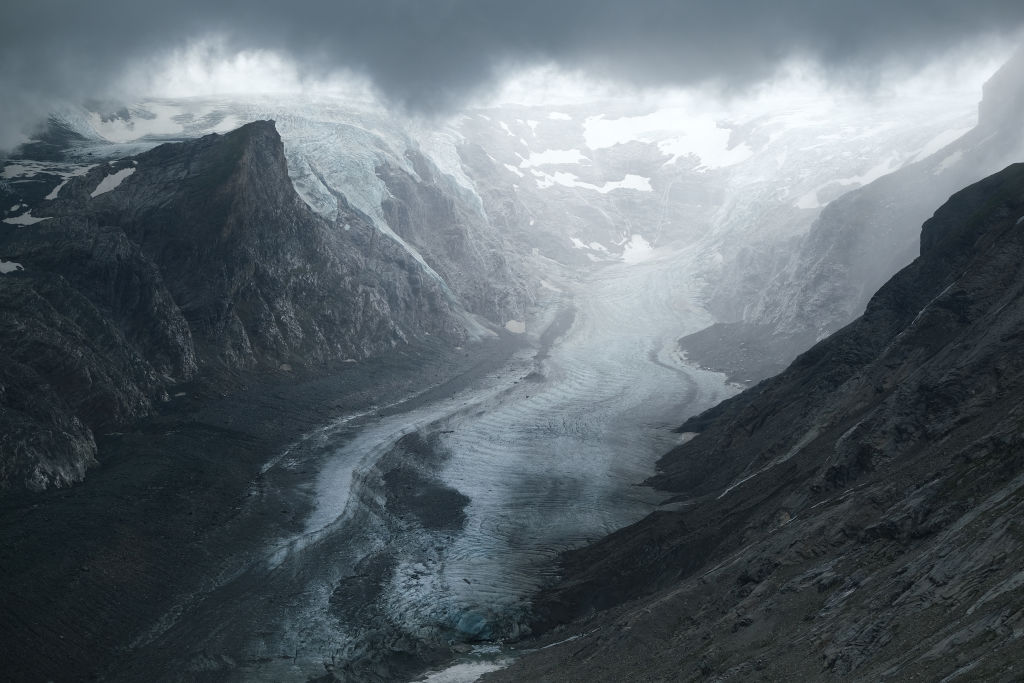 HEILIGENBLUT AM GROSSGLOCKNER, AUSTRIA – AUGUST 13: The retreating Pasterze glacier is seen in a basin shorn smooth by the glacier’s ice on August 13, 2019 near Heiligenblut am Grossglockner, Austria. The Pasterze, Austria’s largest glacier, has lost over half its volume since 1850 and its tongue, shrinking in both width and depth, has retreated at least 2.6 kilometers. While the retreat of glaciers across Europe is part of a natural process that began with the end of the Little Ice Age in the mid-19th century, the acceleration of the melting since the 1960s is a phenomenon many scientists attribute to human activity that is further warming Earth’s climate. (Photo by Sean Gallup/Getty Images) 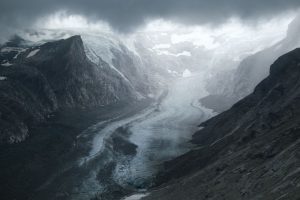