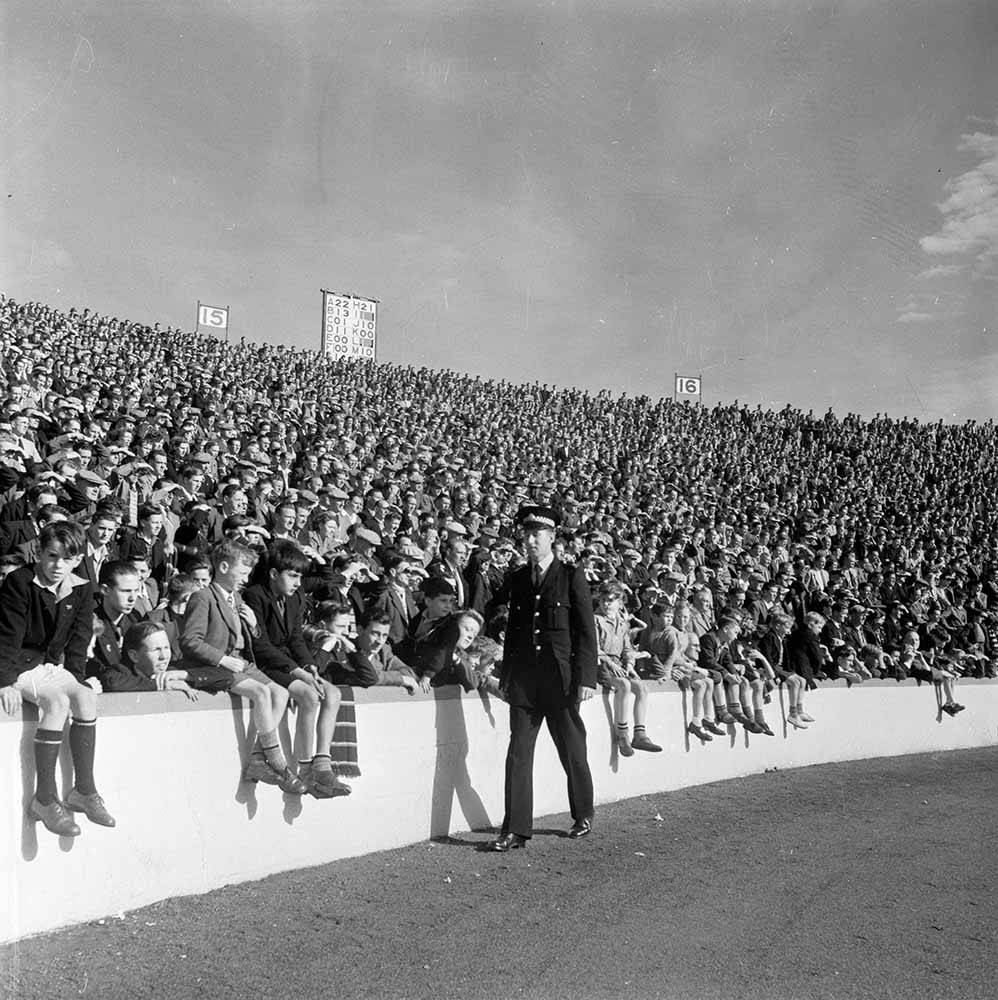 17th October 1953: A police officer walks in front of massed ranks of supporters at a Glasgow football match. Football is popular in Glasgow and the two local teams, Glasgow Rangers and Glasgow Celtic, have an intense rivalry which reaches its height at derby matches known as ‘Old Firm’ games. Original Publication: Picture Post – 6754 – Glasgow: How A City Is Run – pub. 1953 (Photo by Haywood Magee/Picture Post/Hulton Archive/Getty Images) 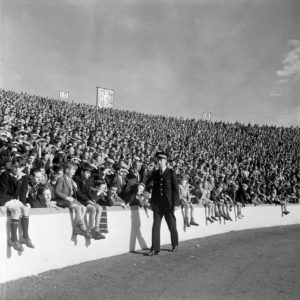