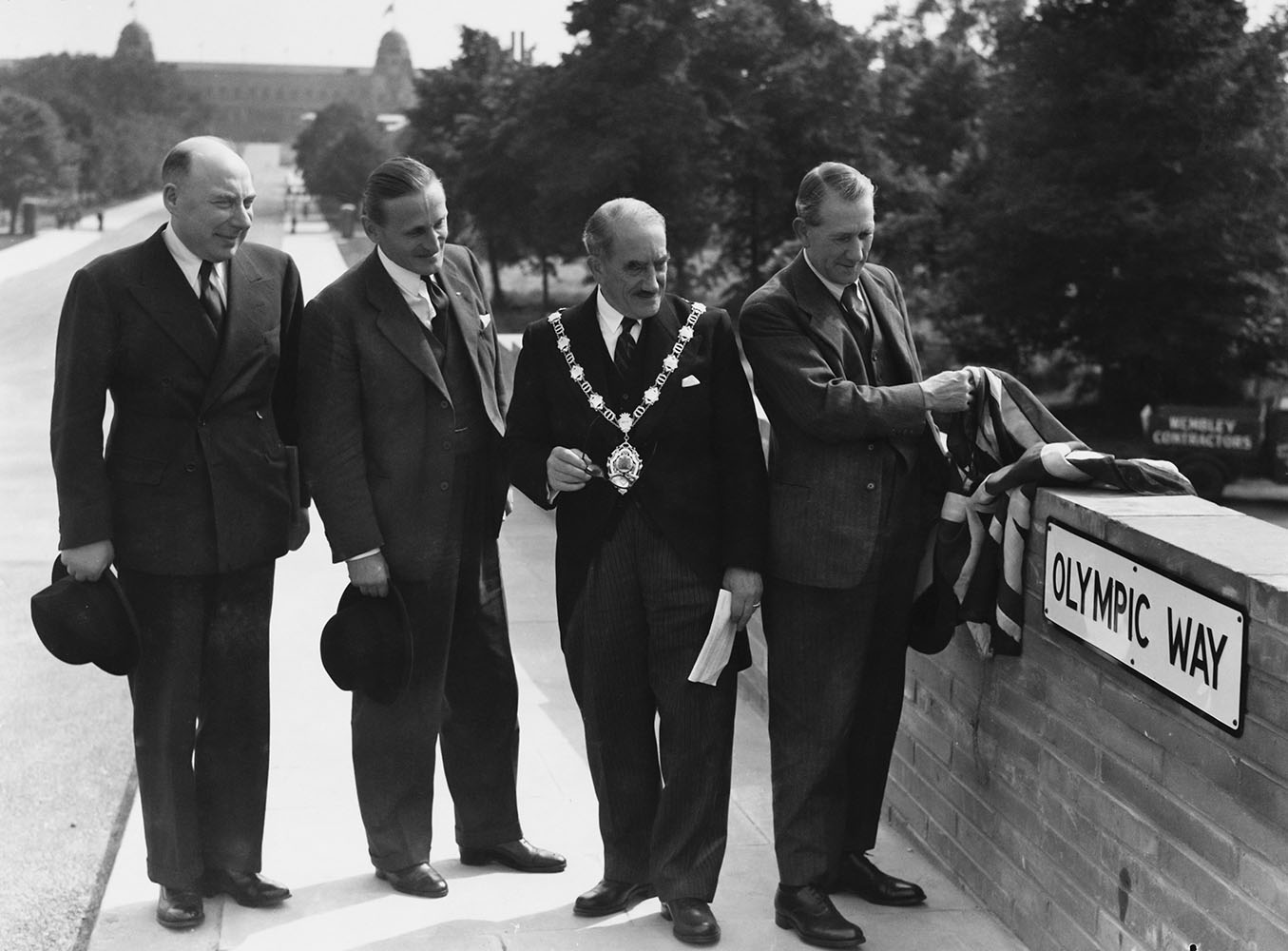 The Olympic Way, leading from Wembley Park Station to Wembley Stadium, during its official opening, 6th July 1948. The Olympic Way was built in preparation for the 1948 Summer Olympics in London. From left to right, Sir Arthur Elvin (Chairman of Wembley Stadium), Lord Burghley (Chairman of the Olympic Committee), H. S. Sirkett (Mayor of Wembley) and Alfred Barnes (Minister of Transport). (Photo by Paul Popper/Popperfoto/Getty Images) 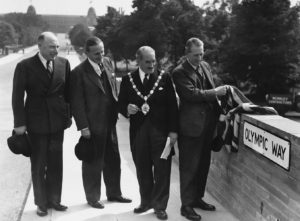