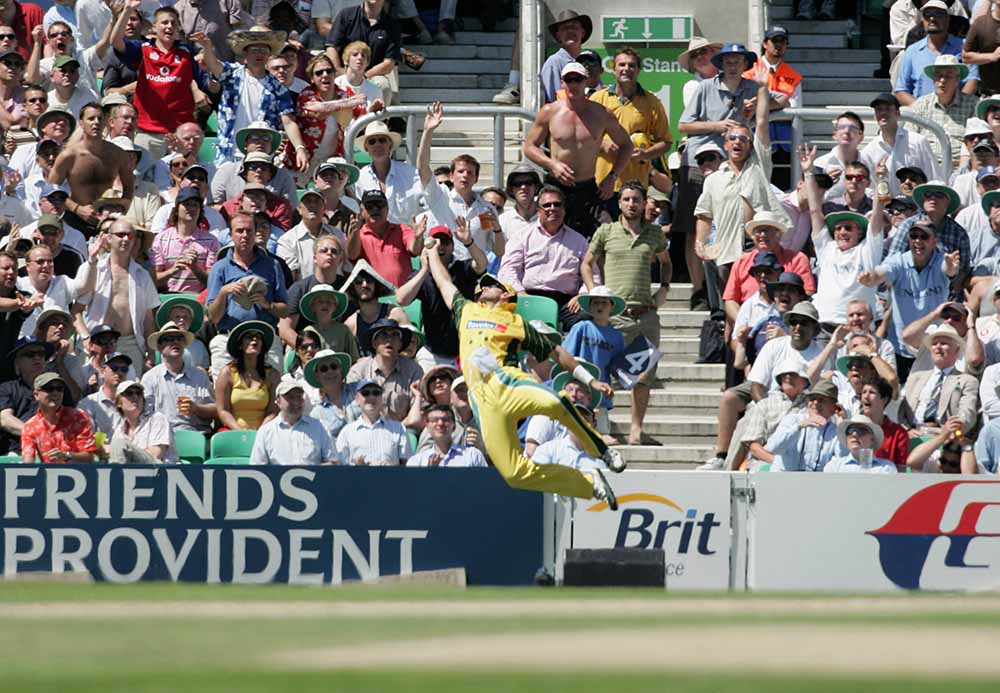 LONDON – JULY 12: Michael Kasprowicz of Australia takes a spectacular catch of a shot by Kevin Pietersen of England, but it doesn’t count as he crossed the boundary, line during the NatWest Challenge Final between England and Australia at The Oval July 12, 2005 in London, United Kingdom. (Photo by Tom Shaw/Getty Images)