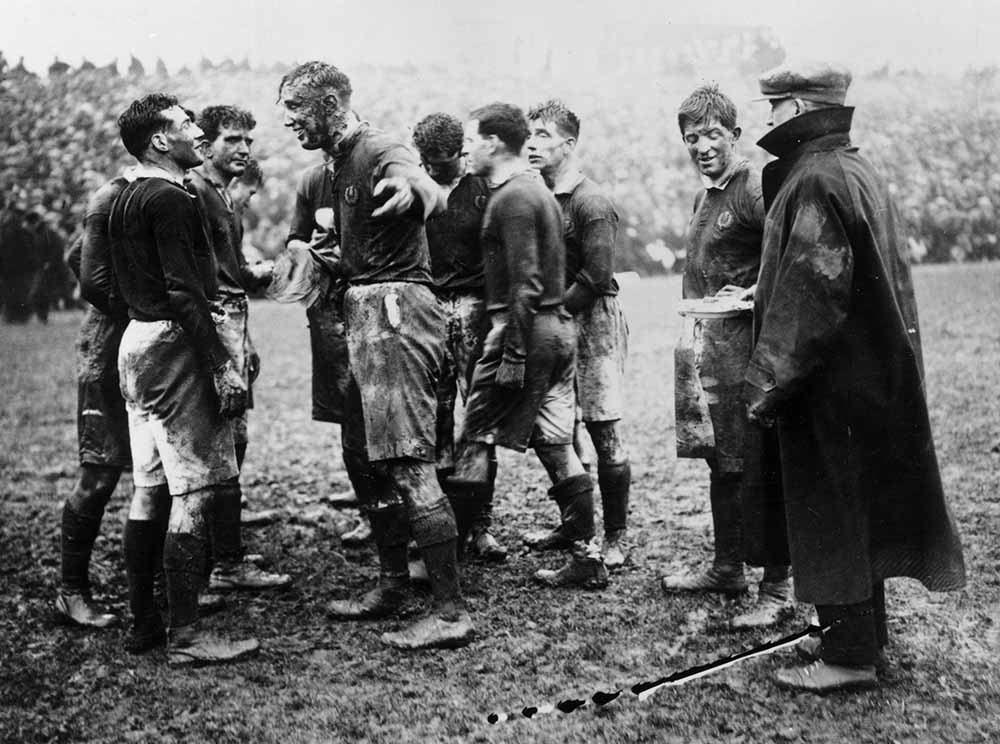 5th February 1927: Players in a rugby match between Wales and Scotland at Cardiff at half-time. Although history credits the invention of rugby to Webb Ellis, at Rugby school in England, the Romans played a similar game called ‘harpastum’ in Scotland, and Border towns continue their ancient tradition of Border Ba’ events which involve the whole village in a game not dissimilar to rugby. (Photo by Kirby/Topical Press Agency/Getty Images) 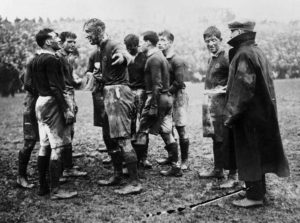