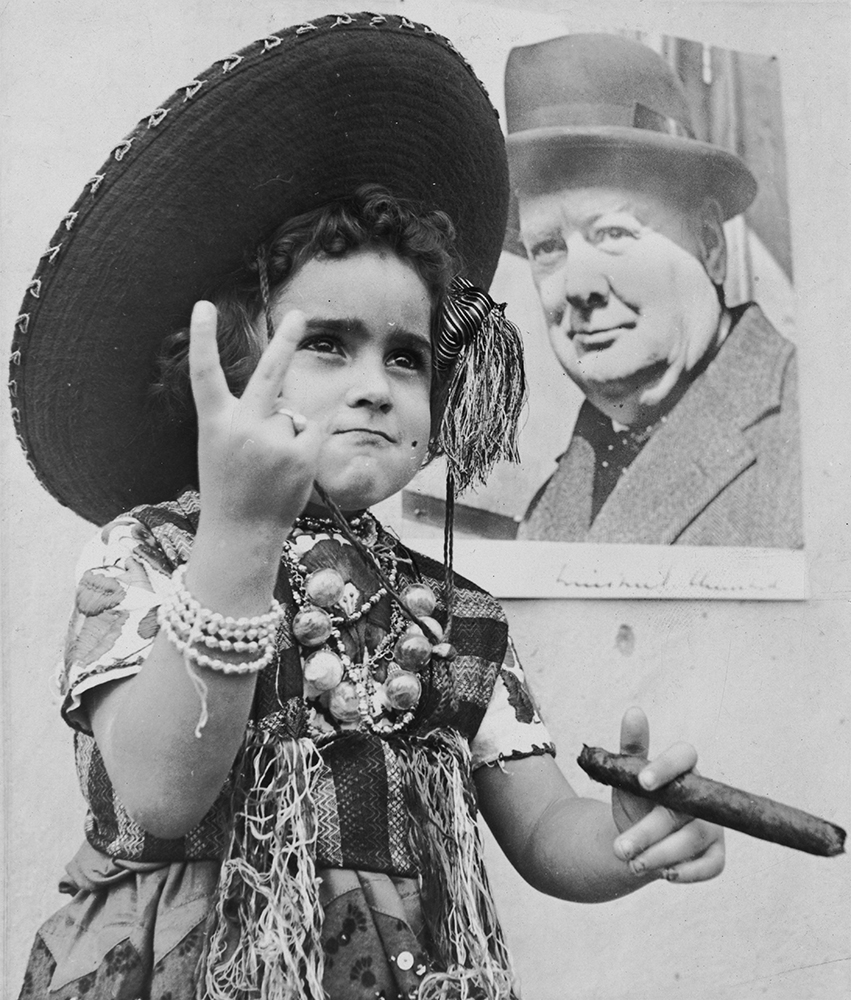 Four-year-old Esperanza Echeverria Armoux, winner of a contest sponsored by the Mexican government for ideas for posters supporting the Allies during World War II, circa 1943. She is standing in front of a photograph of British Prime Minister Winston Churchill and making a V-sign. (Photo by Pix/Michael Ochs Archives/Getty Images)

Save
Share
Previous ImageMarilyn Relaxes In A Hotel Room
Next ImageMexico City, Mexico 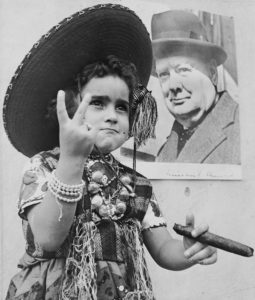