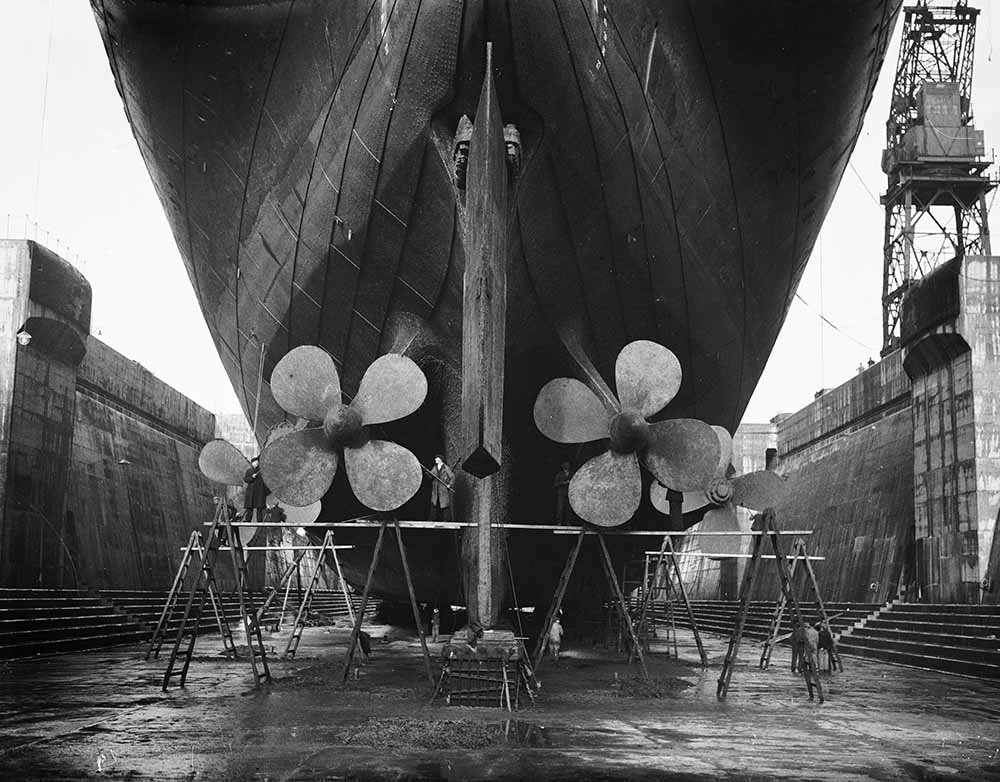 7th December 1936: Workers removing barnacles from the propellers of the Royal Navy training ship Majestic at Southampton. The vessel, which started out as the Bismarck, was handed over to the White Star line by the Allies, then sold to the British Admiralty. (Photo by E. Phillips/Fox Photos/Getty Images) 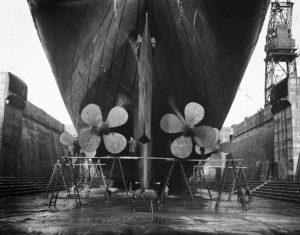