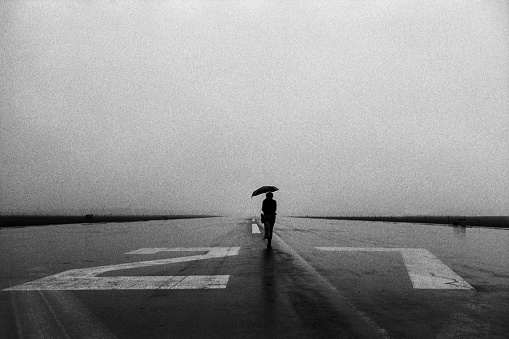 Lone person with umbrella in the rain on runway

Single walker on the old runway at Berlin Tempelhof Airport. Tempelhof was one of Europe’s three iconic pre-World War II airports, the others being London’s now defunct Croydon Airport and the old Parisâ€“Le Bourget Airport. It acquired a further iconic status as the centre of the Berlin Airlift of 1948â€“49. Tempelhof Airport’s main building was once among the top 20 largest buildings on earth; in contrast, it formerly had the world’s smallest duty-free shop. 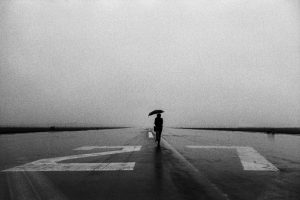