Lillian Diana Gish, originally Lillian de Guiche (1893 – 1993). She made her stage debut at the age of 5, going on to play waif type heroines during her silent film career, but she never quite made a successful transition to talking pictures. An Academy Award was presented to her in 1971. (Photo by Hulton Archive/Getty Images) 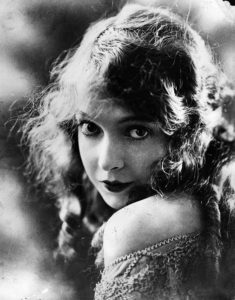