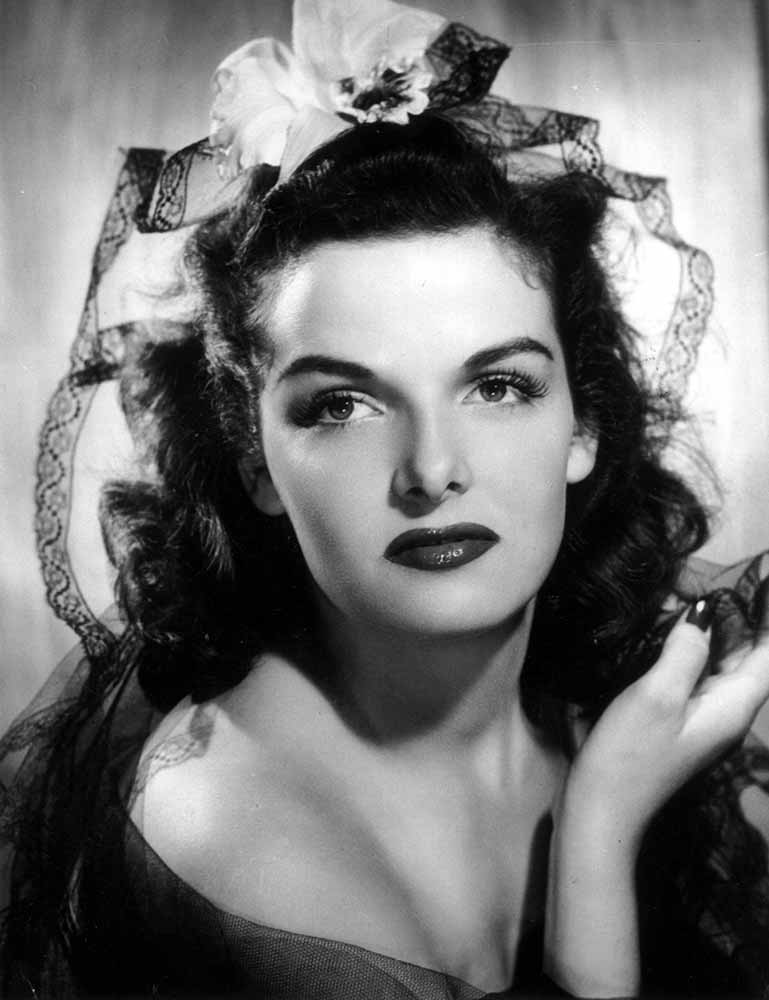 circa 1944: Jane Russell, the voluptuous Hollywood film star and actress, whose underwear was designed by Howard Hughes, for her part in ‘The Outlaw’, which was her first film. It was not released in a complete form for a number of years due to censorship problems. (Photo by Hulton Archive/Getty Images) 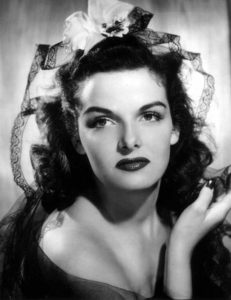