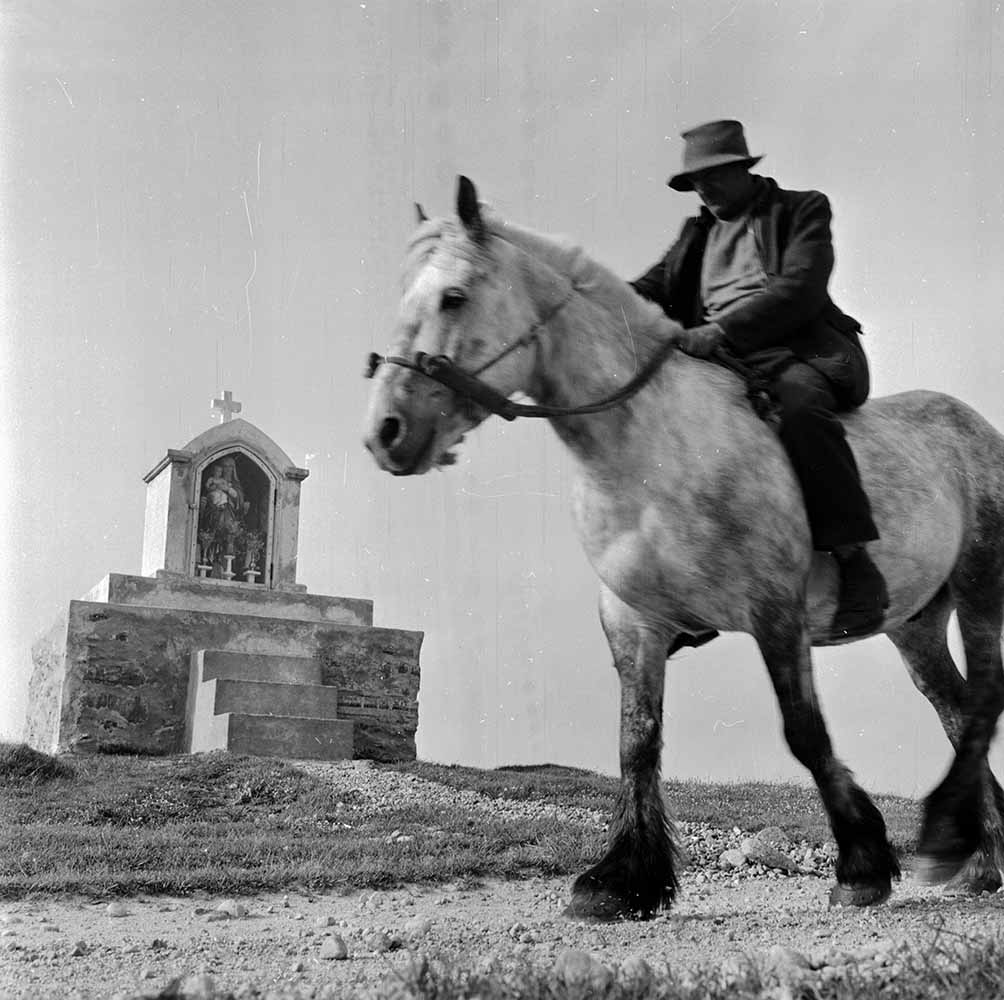 23rd July 1955: A rider passes a remote Catholic shrine on one of the Hebridean islands. Although Gaelic is still spoken by the islanders, it is becoming more important to learn English as they have become less isolated from the rest of Scotland through an air service which has significantly shortened the journey time to the mainland. The next generation is also more likely to leave the Western Isles to seek employment elsewhere, and fluency in English will be essential. Locals feel that the decline of their language is threatening their traditional way of life. Original Publication: Picture Post – 7876 – The Last Of The Gaelic – pub. 1955 (Photo by Thurston Hopkins/Picture Post/Hulton Archive/Getty Images) 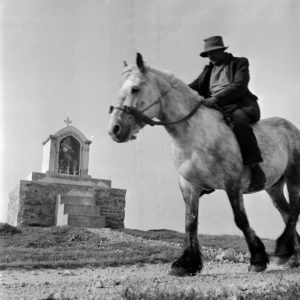