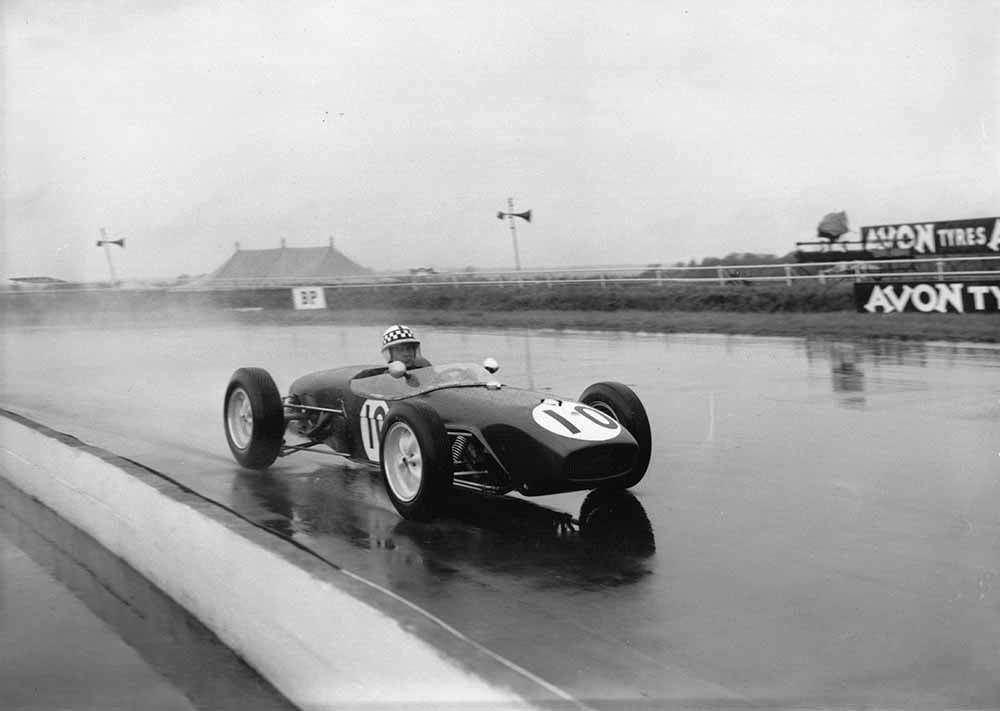 13th May 1960: Scottish Formula 1 racing driver Innes Ireland (1930 – 1993) practising in the rain in his Lotus at Silverstone during preparation for the British Grand Prix. Ireland, born in Kirkcudbright, raced cars between 1959 and 1966. He came fourth in the World Championship in 1960 and won the American Grand Prix in 1961. (Photo by Central Press/Getty Images) 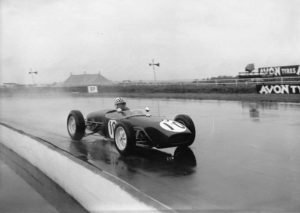