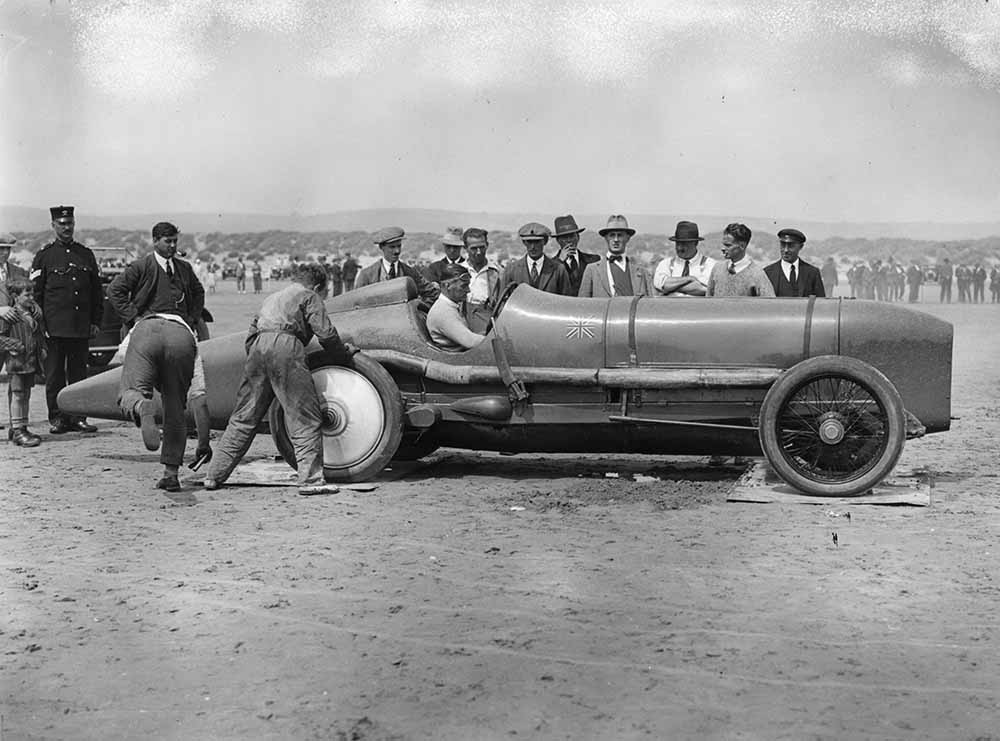 21st July 1925: Sheets of metal being placed under Malcolm Campbell’s car the day after breaking the land speed record to stop it sinking into the sands at Pendine Sands, south Wales. A crowd of spectators look on behind the car, which has specially made Dunlop ‘Well-Base’ tyres. (Photo by MacGregor/Topical Press Agency/Getty Images) 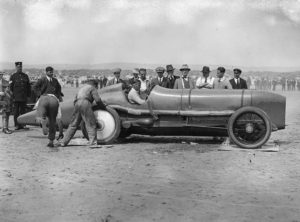