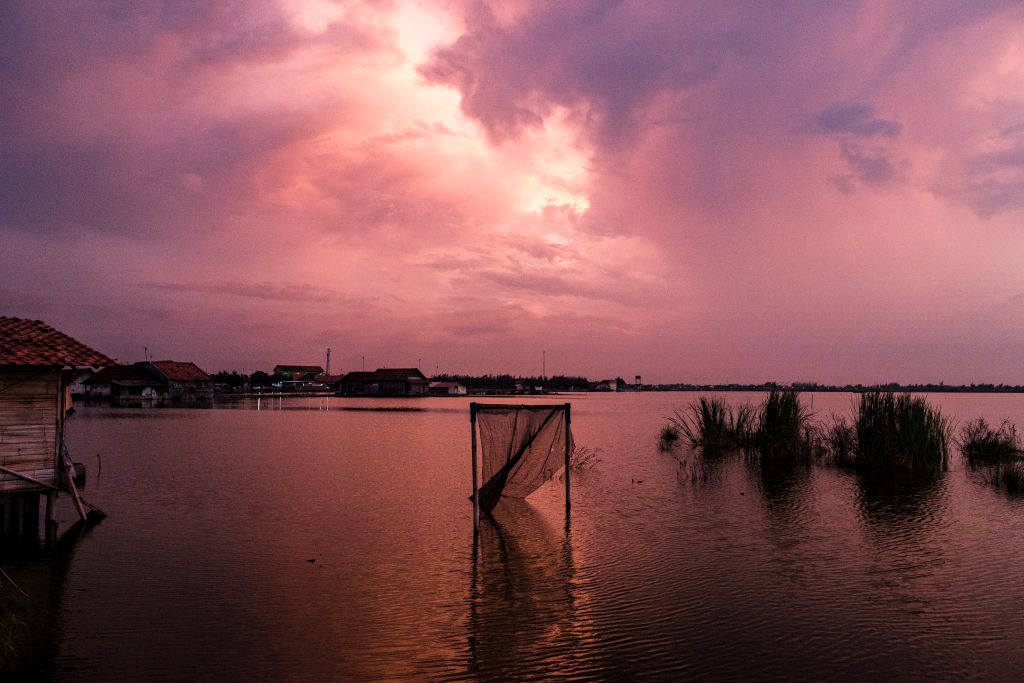 PEKALONGAN, JAVA, INDONESIA – MAY 28: An abandoned football goal in a farming area which until 2008 was filled with rice fields and is now inundated with 1-1.5 meters of seawater on May 28, 2021 in Pekalongan, Java, Indonesia. The Central Java city has been experiencing rapid subsidence leading to northern parts of the city to sink at such a rate that by 2035, as much as 90 percent of the city could be inundated with sea water. Although the government has built parts of a seawall to mitigate, the continued over reliance on groundwater for agriculture and industry, and climate changes leading to more frequent flood events are making a solution to this slow motion crisis more immediately urgent. (Photo by Ed Wray/Getty Images) 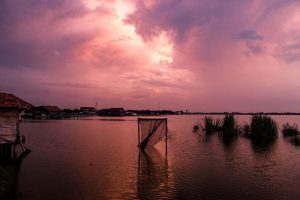