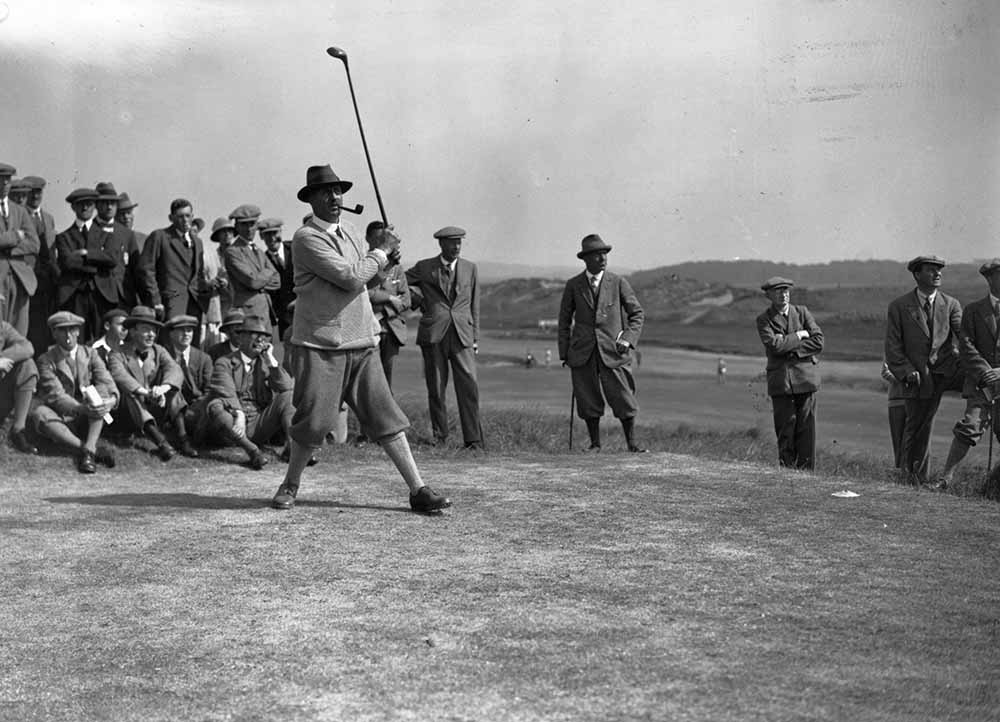 26th June 1925: British golfer Edward Ray in action during the 1925 British Open at Prestwick. Prestwick golf course was founded in 1851 and hosted the first twelve Open Championships between 1860 and 1872. The competition was originally designed to find a successor to Allan Robertson who was considered to be the best golfer of his time. Apart from 1871 and the war years, the British Open has been held annually. (Photo by Kirby/Topical Press Agency/Getty Images) 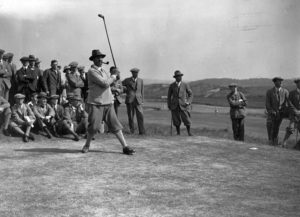