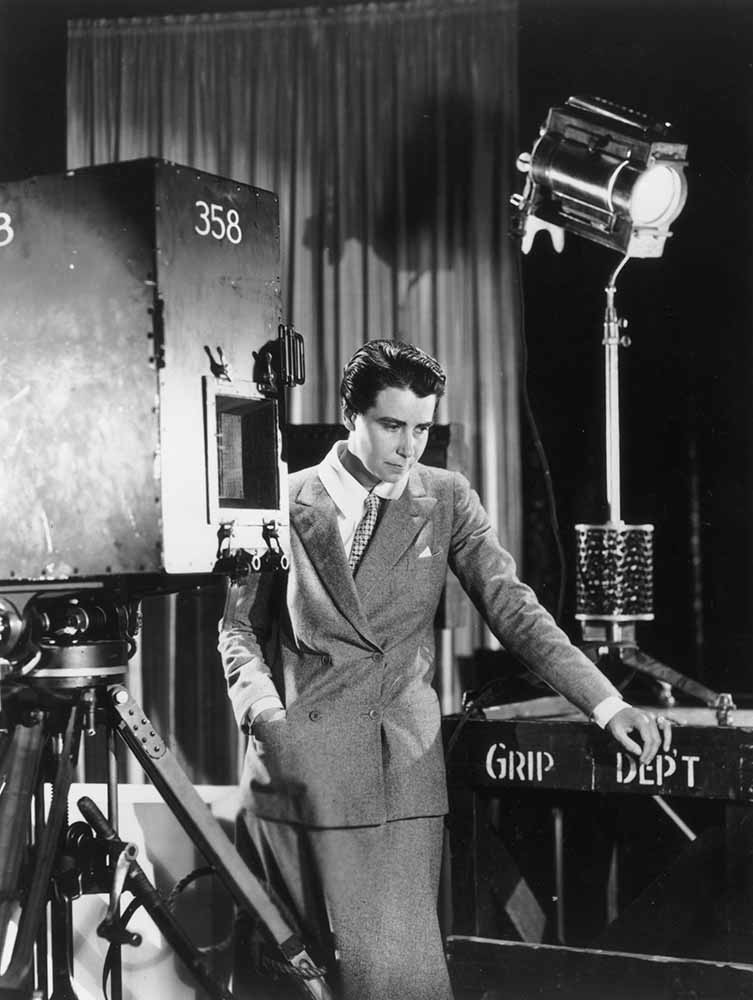 1934: Portrait of American film director Dorothy Arzner (1897 – 1979) standing among film equipment on a set at Paramount Studios, California. She is wearing a dress suit and tie and has her hair slicked back. Arzner was the only female Hollywood director of the time and the first woman to become a member of the Directors Guild of America. (Photo by Hulton Archive/Getty Images)