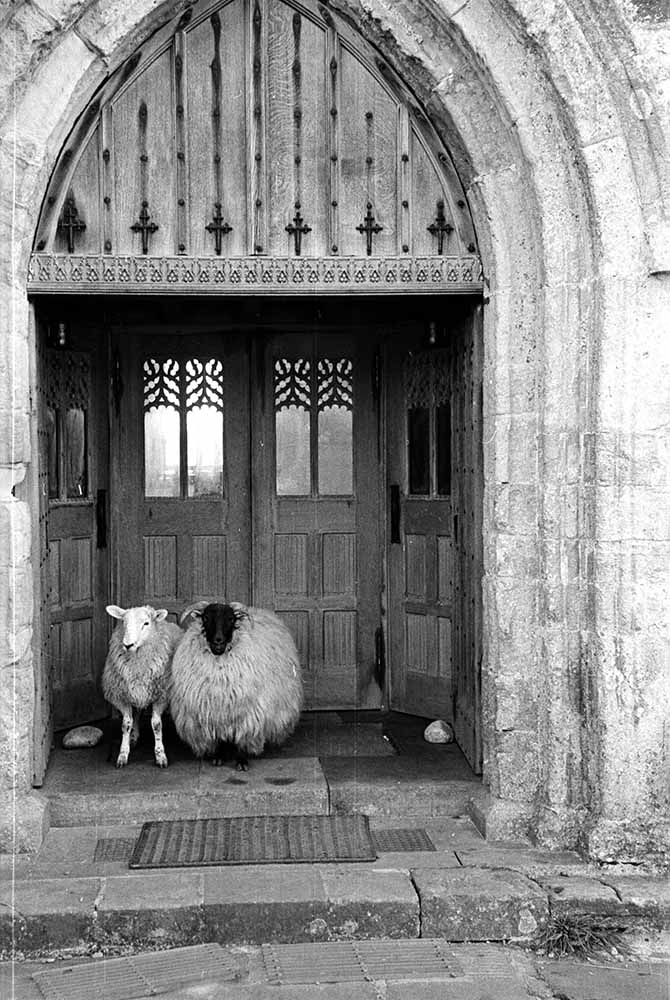 6th August 1955: Sheep huddle in the doorway of the Abbey on the tiny island of Iona, famous for its connection with St Columba who founded a community on Iona after he was expelled from Ireland. The Abbey, which fell into disrepair after the Reformation, is being rebuilt by craftsmen and ministers of the Iona Community. The Iona Community is a Christian settlement run by a group of Scottish ministers who offer religion to factory workers and people living in the poorer areas of Glasgow. Their head office is in the city but they all visit Iona for three months of the year to train new recruits and gather people together for a Christian camp. Original Publication: Picture Post – 7915 – Iona Belongs To Glasgow – pub. 1955 (Photo by Maurice Ambler/Picture Post/Hulton Archive/Getty Images) 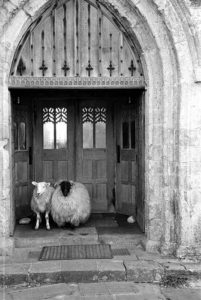