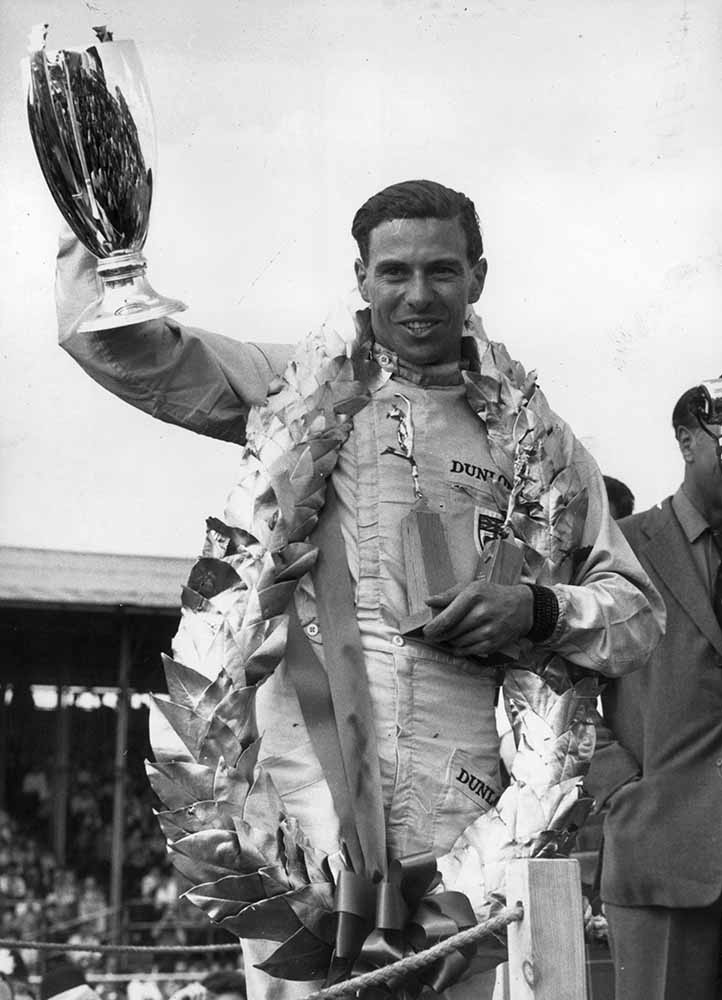 20th July 1963: British motor-racing driver Jim Clark with his trophies and garland, after winning the British Grand Prix at Silverstone with an average speed of 107.35 mph. Jim Clark (1936 – 1968), the son of a Scottish sheep farmer in Kilmay, was educated at Loretto School in Musselburgh. He won his first race in 1956 and became Scottish Speed Champion in 1958. In 1960 he joined the Lotus Formula 1 team and first won the championship three years later in 1963. In 1965 he won the championship for the second time and also became the first non-American to win the Indianapolis 500 since 1916. Clark won 25 Grand Prix races throughout his career which beat Fangio’s previous record of 24 but was killed in a crash during testing at the Hockenheim circuit in Germany. (Photo by Ted West/Central Press/Getty Images) 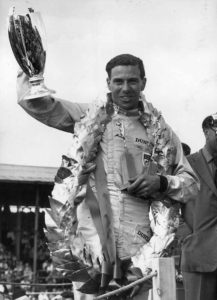