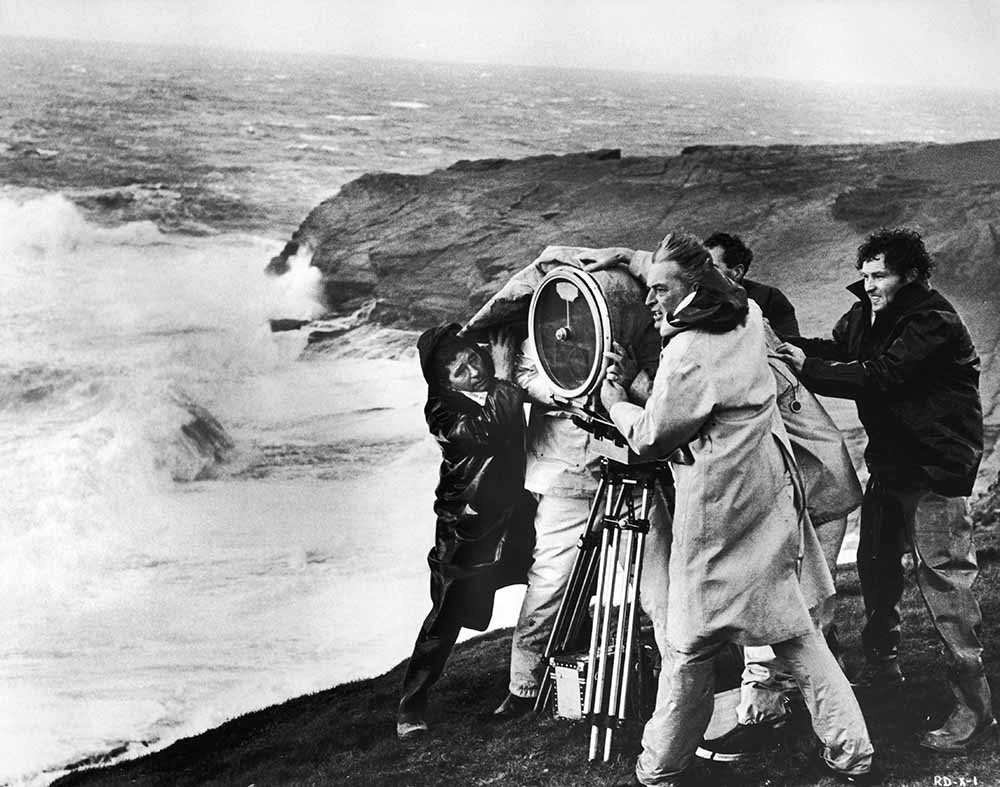 English film director David Lean (1908 – 1991, foremost of group) films a tempestuous sea on the west coast of Ireland for a climactic scene in the MGM film ‘Ryan’s Daughter’, 1970. The camera is equipped with a specially designed plexiglass window which rotates at high speed to prevent seaspray from fogging the lens. (Photo by Archive Photos/Getty Images) 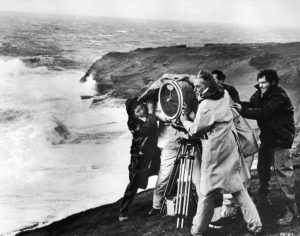