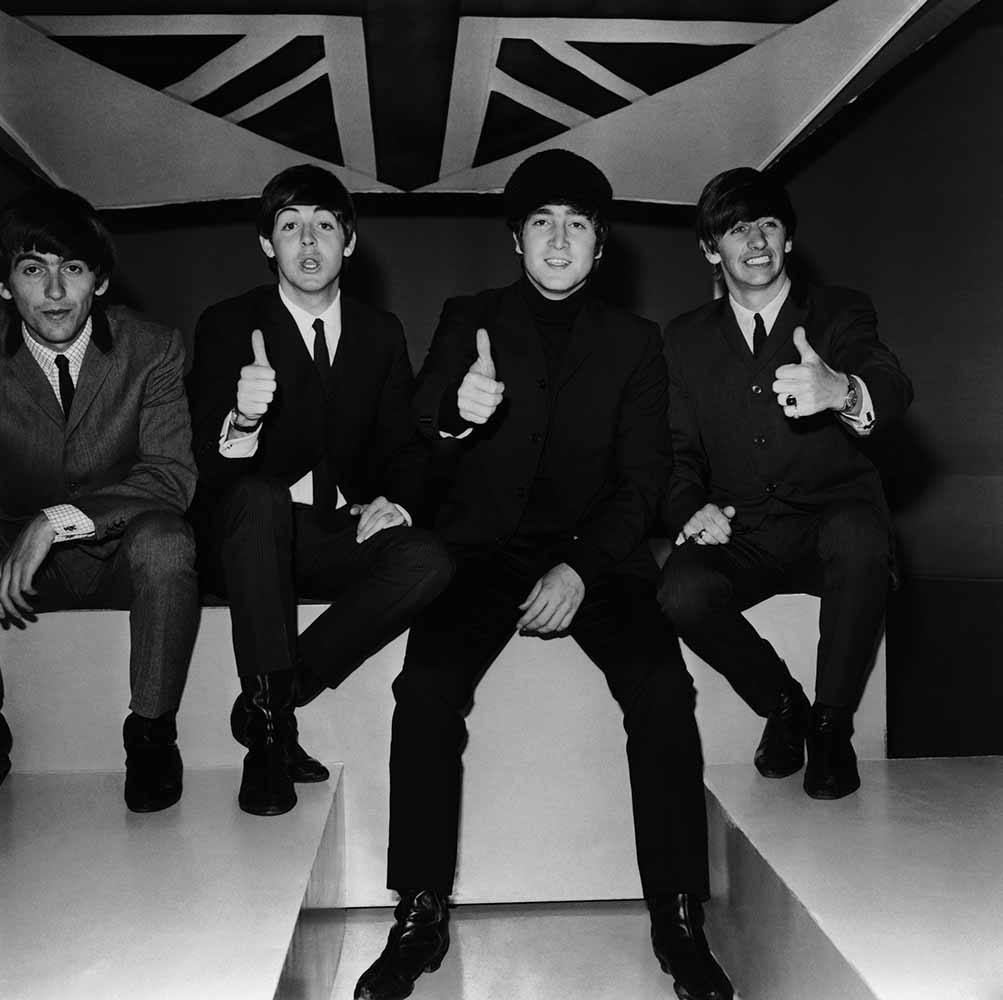 23rd February 1964: British pop group The Beatles at the ABC Television Studios in Teddington for their next TV show ‘Big Night Out’. From left to right: George Harrison (1943 – 2001), Paul McCartney, John Lennon (1940 – 1980) and Ringo Starr give the thumbs up after arriving home from their tour of the United States. (Photo by Jim Gray/Keystone/Getty Images) 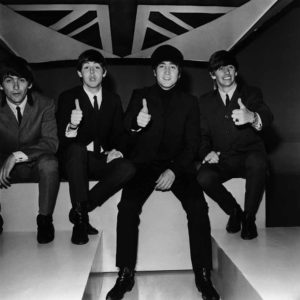