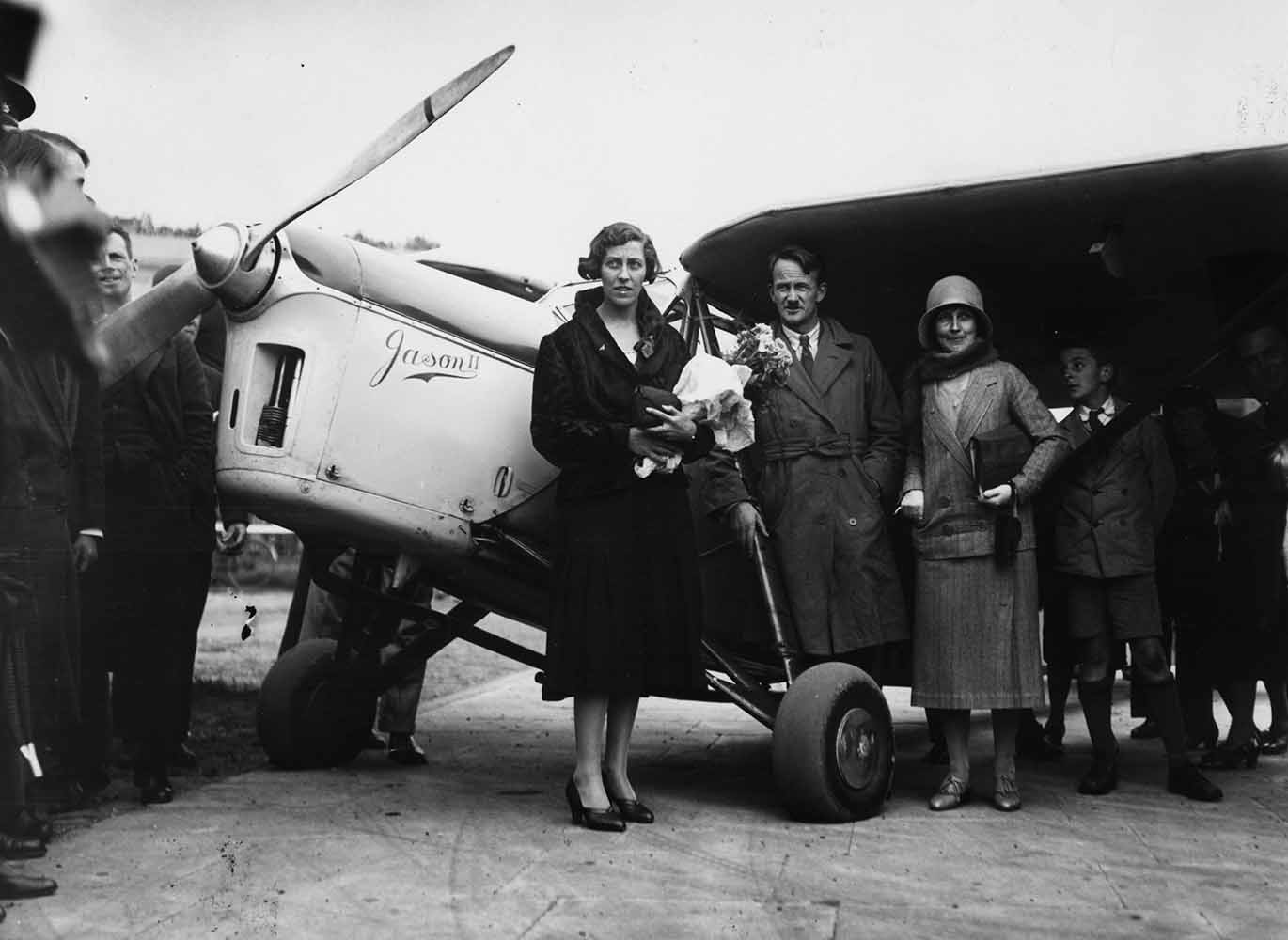 18th September 1931: Amy Johnson (1903 -1941) standing iin front of her plane Jason with her Mother and pilot. Pioneer aviator She flew solo from England to Australia (1930), to Japan via Siberia (1931), and to Cape Town (1932), making new records in each case. A pilot in Air Transport Auxiliary in World War II, she was drowned after bailing out over the Thames estuary. (Photo by London Express/Getty Images) 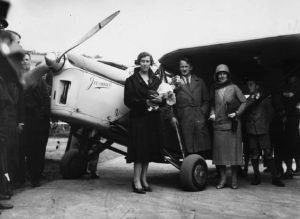