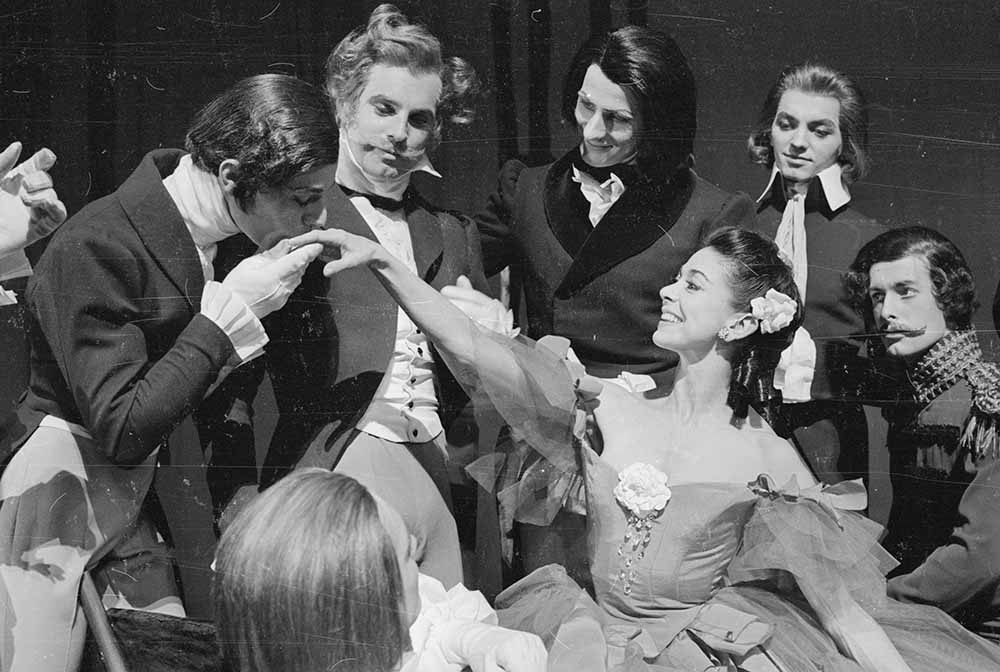 8th March 1963: Rudolf Nureyev (1938 – 1993) kisses the hand of Margot Fonteyn (1919 – 1991) during a rehearsal for ‘Marguerite and Armand’ at Covent Garden. The ballet, based on ‘La Dame aux Camelias’ by Alexandre Dumas fils, was choreographed for them by Sir Frederick Ashton. (Photo by Victor Blackman/Express/Getty Images) 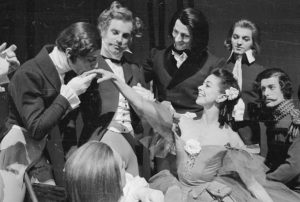