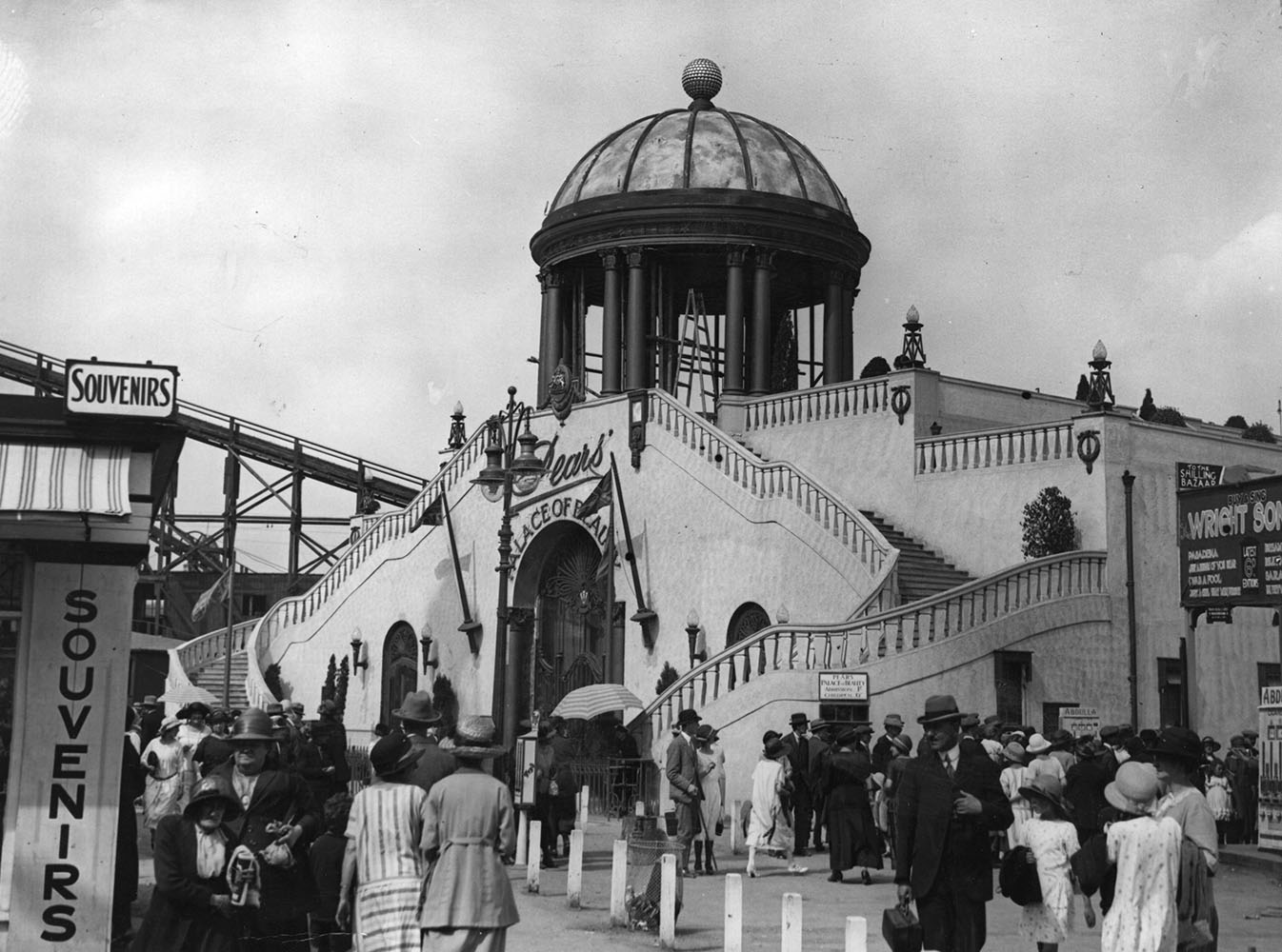 Ref3309836
Collection The Ages of Wembley

The Palace of Beauty, 1924, sponsored by soap manufacturer Pears was one of the most glamorous of the displays where the main feature was the 10 glass-fronted rooms, each with an actress portraying beautiful women throughout history such as Helen of Troy, Mary Queen of Scots, Nell Gwynn and Miss 1924.   Such was the popularity of this display that the actresses apparently each had a chaperone to protect them from the unwanted attentions of some visitors. (Photo by Hulton Archive/Getty Images)