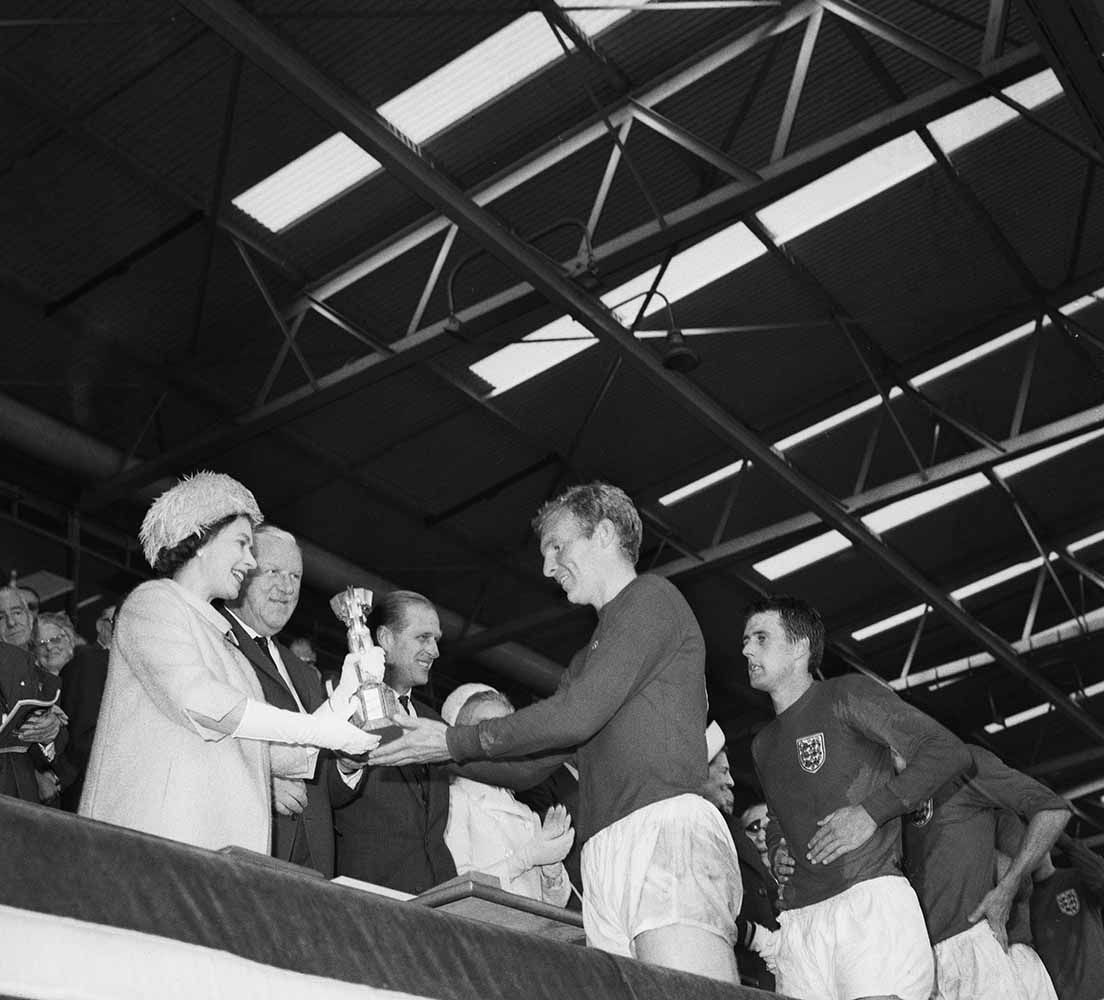 Queen Elizabeth II of Great Britain presenting the Jules Rimet trophy to the England captain, Bobby Moore, after the teams World Cup final victory over West Germany. Geoff Hurst, who scored a hat-trick in the game stands behind Moore, and Prince Philip, Duke of Edinburgh, looks on. (Photo by Evening Standard/Hulton Archive/Getty Images) 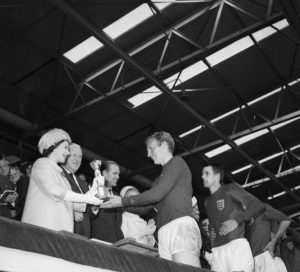