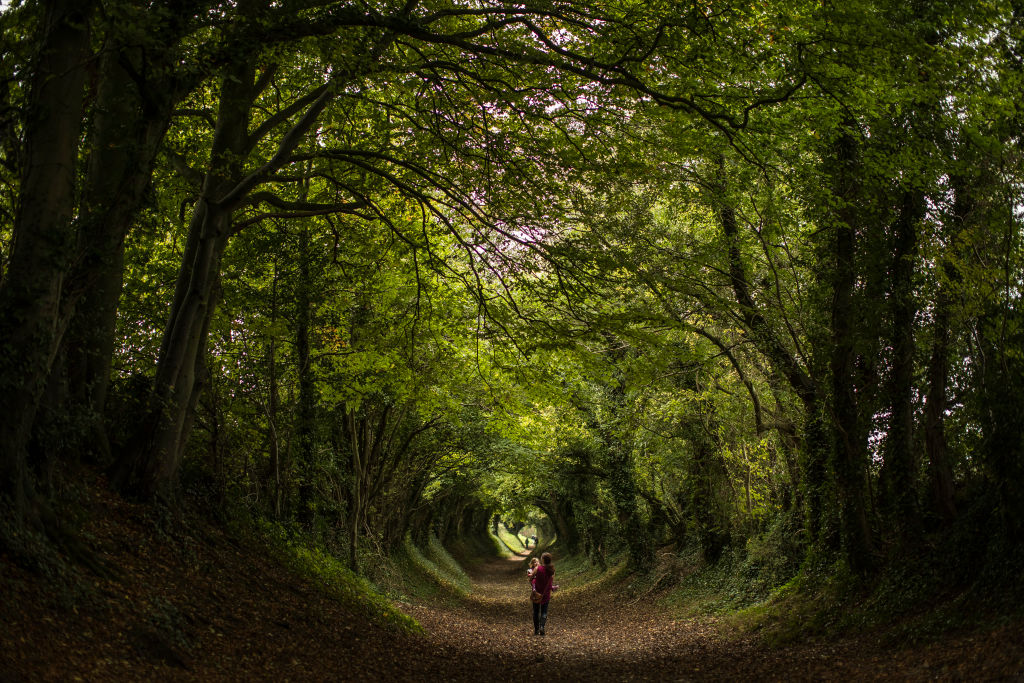 HALNAKER, UNITED KINGDOM – OCTOBER 16: Xanthe Lewis-Hall, 2, and her mum walk through a tunnel of trees down an old Roman Road on October 16, 2017 in Halnaker, England. The South East of the country is experiencing seasonal weather, while in Ireland, Ophelia, the largest hurricane ever recorded so far East in the Atlantic Ocean has hit the West Coast of the country. Despite being downgraded to a storm, people have been wearned to stay indoors by the Met Eireann national weather service. (Photo by Dan Kitwood/Getty Images) 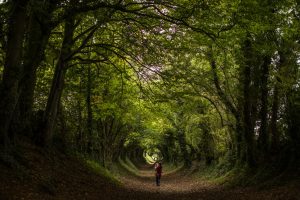