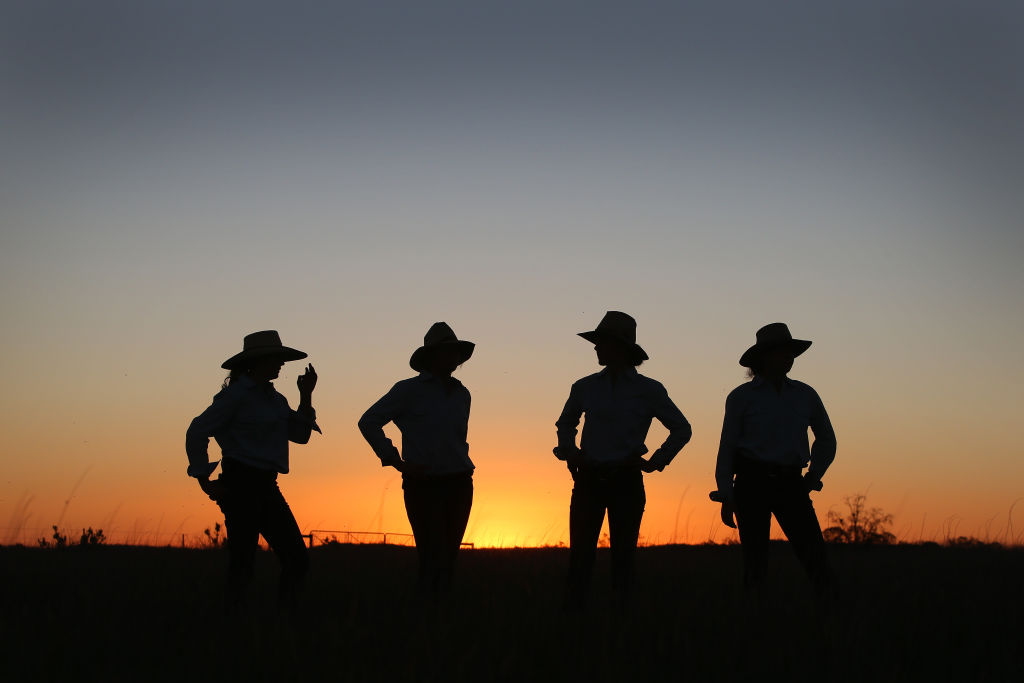 MEANDARRA, AUSTRALIA – JANUARY 19: Sisters Matilda, Jemima, Bonnie and Molly Penfold walk through an open paddock as the sun sets at ‘Old Bombine’ on January 19, 2021 in Meandarra, Australia. COVID-19 and the recent Chinese export ban had an immediate and devastating impact on Queensland premium beef producer Four Daughters, a fourth-generation farming family with an almost entirely female team dedicated to a sustainable future of food production and care for their environment. Owned and operated by Dan and Karen Penfold and their four daughters Bonnie (23), Molly (21), Jemima (19) and Matilda (16), the Penfolds have over 100,000 acres of land across Meandarra and Yaraka in Western Queensland. A chance meeting in 2018 prompted the family to develop their own branded beef based around their four daughters who help run the farm and plan to one day take over operations from their parents. After accepting an invitation to visit Wuhan, China, the Penfolds were in the early stages of exporting their Grain Fed Premium Black Angus Beef (boxed) to customers when the region was locked down in December 2019, soon to become known as the epicentre of the global coronavirus pandemic. A further setback came as the Penfolds were preparing cattle for export and China imposed bans on beef imports from Australia in May 2020. As the family look to secure new export regions for their beef, the Penfolds have reimagined their product for a local market and are now selling boxes of beef directly to domestic consumers and hope their paddock to plate model will help to build city-country connections and educate consumers about the next generation of farmers and graziers. (Photo by Lisa Maree Williams/Getty Images) 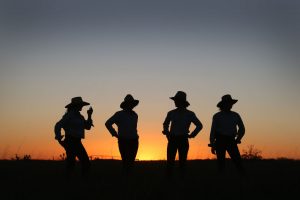