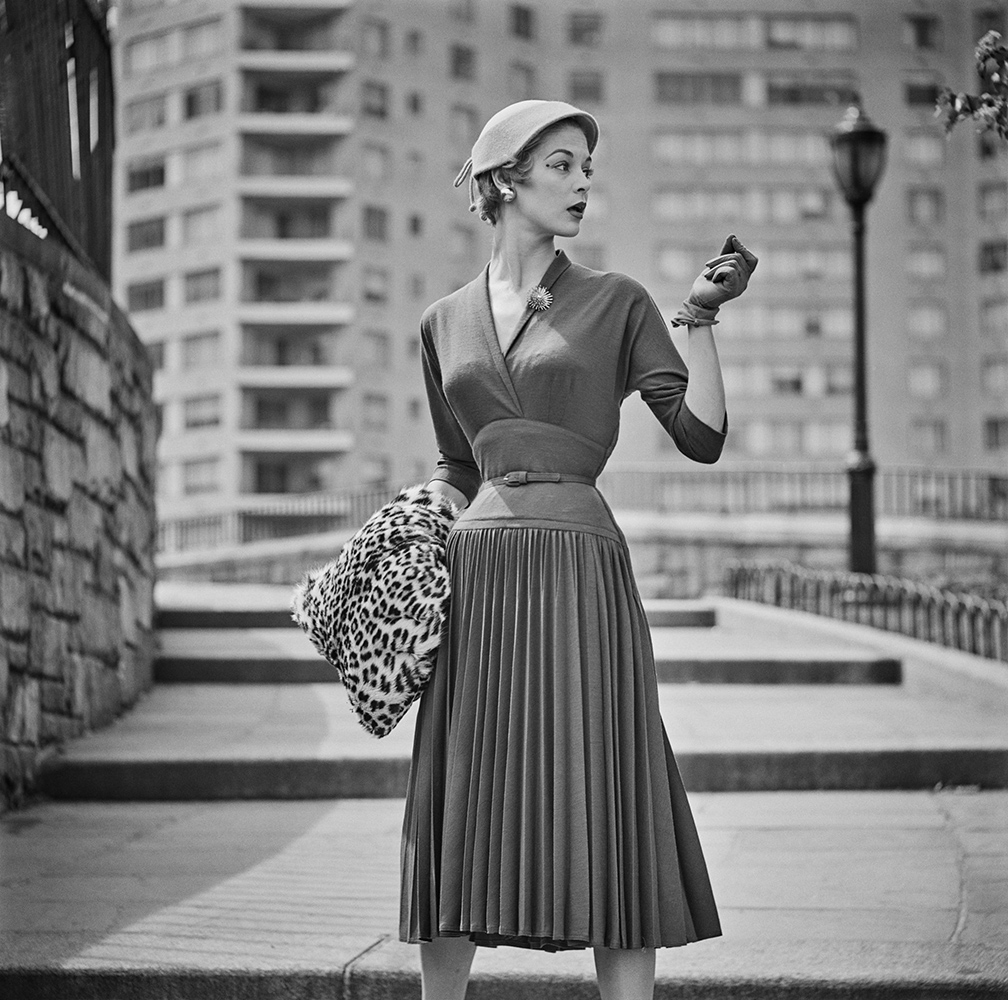 American model Jean Patchett wearing an outfit by Saks Fifth Avenue, circa 1955. Patchett was one of the first to join Eileen Ford’s ground-breaking model agency in the late 1940s and became the face of fashion in the 1950s. Over a fifteen-year period, she appeared on more than forty magazine covers and in hundreds of editorial spreads, catalog shoots, and advertisements. (Photo by Slim Aarons/Getty Images) 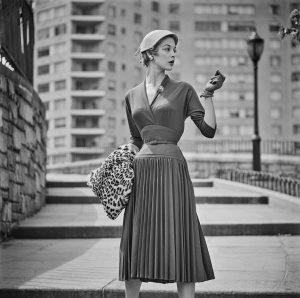